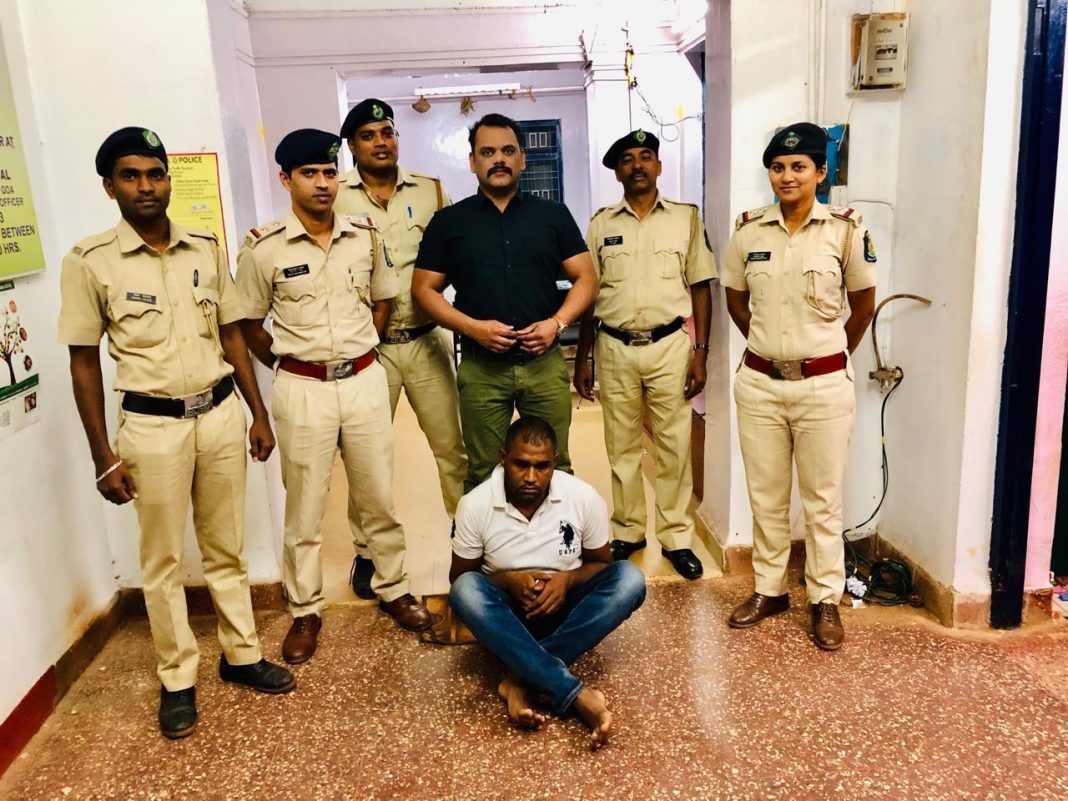 As per PI Jivba Dalvi they had came to knew about a pimp is operating in Candolim and Calangute area from some days. Accordingly based on the phone numbers intelligence was collected and specific surveillance was developed.

Further on 05/01/2019 in the evening a reliable information was received regarding the accused pimp coming to deliver the two girls to a customer for the purpose of prostitution on a scooter. Accordingly in a short time a team consisting of police staff, Panchu members and NGO was formed to nab the pimp and rescue the victims.

Further a decoy customer was sent and when the accused arrived on the Fascino scooter bearing no: Ga 03 W 0071 it was intercepted and accused was nabbed.

During the raid 03 mobile phones, cash of Rs. 10,000/- and the fascino scooter was attached under the panchanama.

The victim girls native of Haryana and Mumbai have been lodged in State Protective Home, Merces for safe custody and protection.