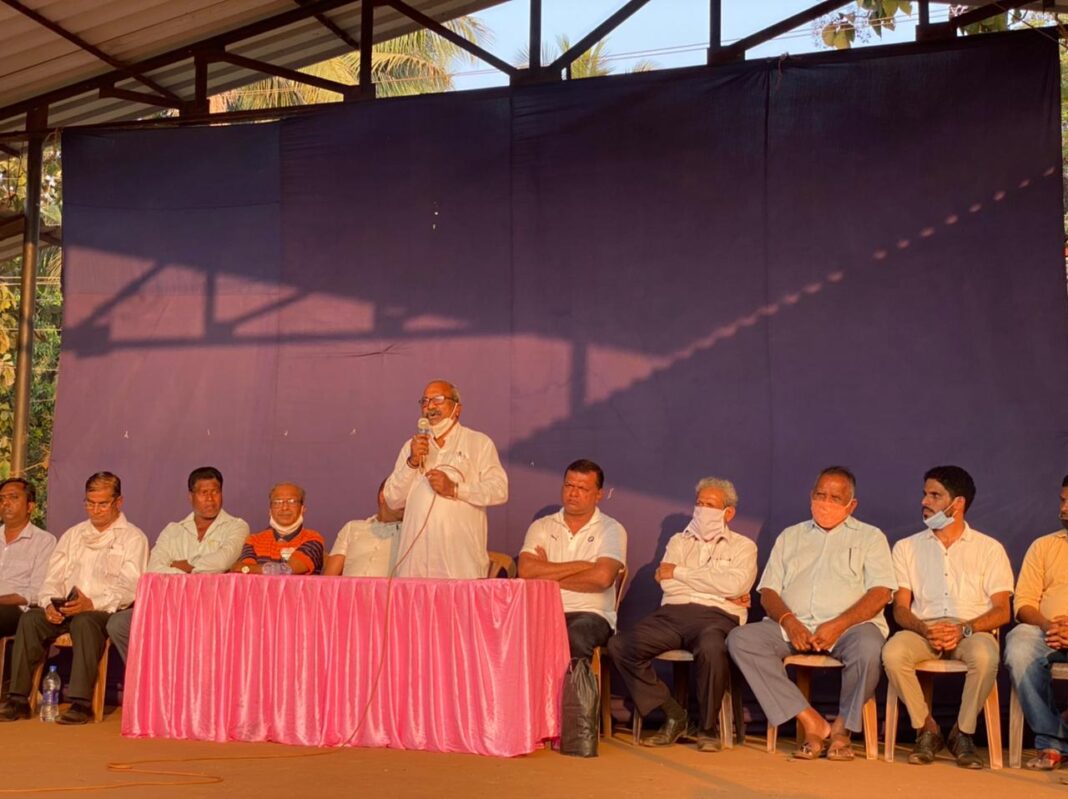 Sanvordem : The Goa Mining Peoples’ Front (GMPF) held a corner meeting at Sanvordem today demanding that the government restart mining before March15 or the mining dependents will protest in front of CM Dr Pramod Sawant’s official residence at Altinho.

The GMPF came down heavily at the government alleging that the Government is quite unclear about the resumption of mining.

Surya Naik the Sarpanch of Rivona inferred that people dependent on mining are living in a ‘do or die’ situation as this was their only source of livelihood. “Mining has contributed immensely towards the economy of Goa, it has built infrastructure, we are with the government if they want to prosecute the wrongdoers who undertook illegal mining but mining has to start” said Chandrakant Gawas.

Atul Jadhav who was also present for the meeting asserted that mining dependants loan must be waived off. “some people have committed suicide and others have succumbed to heart attack because they couldnt pay off the loans” he said. Jadhav is of the opinion that instead of auctioning the mines the government should consider renewing them.

Sandeep Pavaskar the Sarpanch of Savordem slammed the government saying they are simply adopting a ‘carrot and stick policy’ he reckoned that since 2018 they have been told that mining will resume in three months but no such action was taken.

“We will show our strength on 16th March if the government doesn’t commence mining by 15th ” threatened Puti Gaokar, the president of the Union. Gaokar alleged that the government lacks willpower to resume mining and that they are interpreting the Supre Court judgement according to their whims and fancies ‘it looks like the government wants to auction these mines to Adani and Reliance because they keep delaying the restart of mining’ said Gaokar. He also said that “we have approached Amit Shah and Hon’ble President of India Ram Nath Kovind who have spoken in our support but the government seems to be lacking political will due to their ulterior motives.