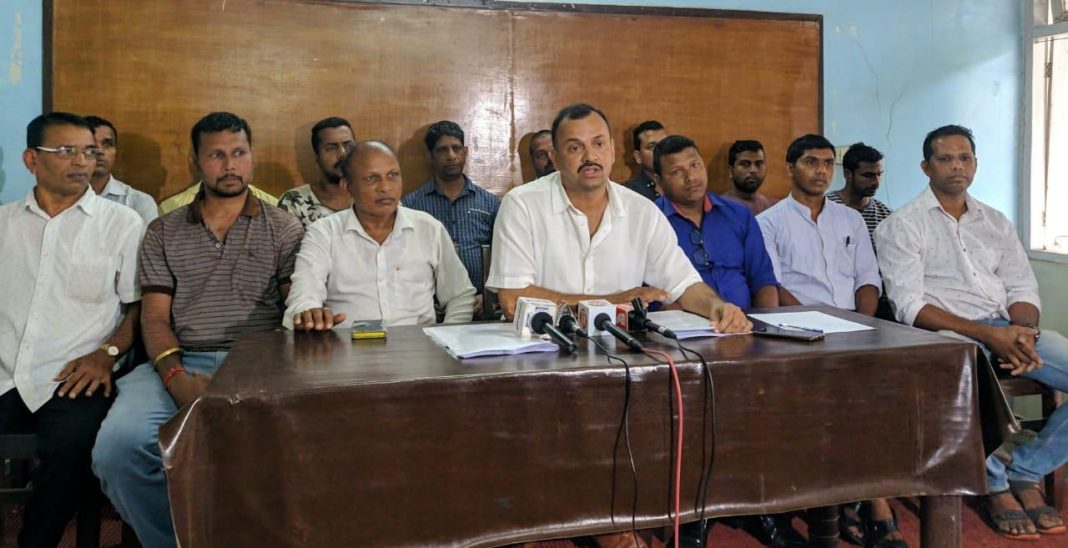 Panaji: St Andre Block of Maharashtrawadi Gomantak Party led by its president Jagdish Bhobe on Sunday resigned from the primary membership of the party accusing Dhavalikar brothers of being involved in turning the political outfit into private company.
The resignation letter which is sent to MGP President Deepak Dhavalikar has signs of Bhobe along with other office bearers. The letter was made public during a press conference held in Panaji on Sunday.
“We have come to a conclusion that we and the people of St Andre don’t see any future of our St Andre constituency in the hands of MGP. We hereby tender our resignation from the block committee of St Andre constituency and also from the membership of the party,” the resignation letter reads.
The committee members have said that it is almost two years four months since 2017 General Assembly election, there was not a single meeting held by the leadership of MGP with the local workers and voters in St Andre constituency since then.
“It has been observed by all of us that MGP is turned into a private limited company run by Dhavalikar brothers. We often see statements in media that MGP is a party of Bahujans, if that was the case then Bahujan Samaj leaders like Naresh Sawal should have been given a chance to be the president of MGP,” the block committee members have said.
“In the last central committee meeting, we have seen through social media and mainstream media the treatment given to Lavu Mamalatdar by the goons hired by the leadership of MGP.”