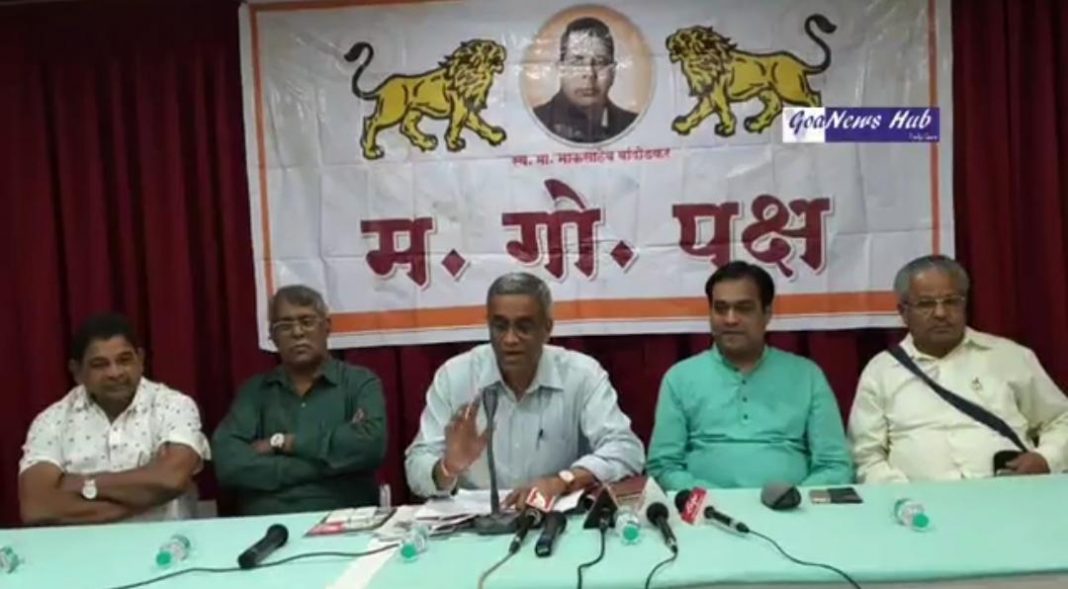 Senior MGP leader and MLA Sudin Dhavalikar told a press conference that all the members of Goa legislative assembly and all the three Members of Parliament from Goa should also tender their resignation en mass, if central government does not withdraw the EC granted for the project.
Dhavalikar recalled that Chief Minister and WRD minister has assured on the floor of the House that the interest of Mahadayi wouldn’t be compromised.
“But looking at the developments in the Delhi it looks like State government has failed to keep up its promise,” he said.
The former deputy chief minister said that It is a failure of the state government that centre has issued EC for the project.
“Congress has demanded summoning of the special assembly session to discuss the issue. But I will go a step ahead and insist that all the 40 MLAs and three MPs from goa should en mass tender their resignation protecting against the action of central government if these things are not sorted out within a month,” he said.
“Mahadayi is a lifeline of goa and entire state is dependent on it. We cannot comprise on the issue,” he said.
“We are viewing this development very seriously. Rest of the political parties should also react to the development.
Mgp will create awareness on the issue and will tour entire state” Dhavalikar said.

Javdekar had on Wednesday took on tweeter to announce grant of EC for the project.
“On the follow up with my cabinet colleague @JoshiPralhad (Union Mines Minister), Kalasa Banduri drinking water project in Karnataka has been granted environmental approval,”he had tweeted.
On August 14, 2018 the Mhadei Water Dispute tribunal (MWDT) which was hearing a dispute between Goa, Karnataka and Maharashtra, for nearly two decades, over sharing of water from the Mhadei river, in its award had allotted 13.42 TMC (including 3.9 TMC for diversion into the depleted Malaprabha river basin) from the Mhadei river basin to Karnataka. Maharashtra has been allotted 1.33 TMC.
Both Goa and Karnataka have filed petitions in Supreme Court challenging the tribunal award.

Previous articleCM orders arrest of Ship Captain drifting near Raj Bhavan
Next articleHeavy rains to continue even on Saturday: IMD