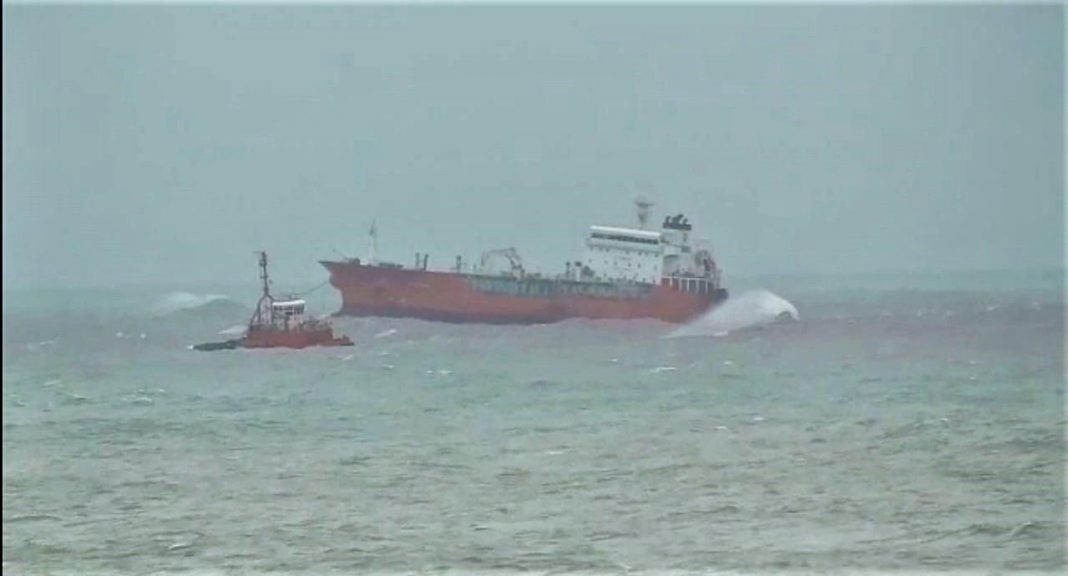 Panaji: As unmanned cargo ship loaded with naptha has drifted from the port towards the Raj Bhavan near Panaji, Chief Minister Pramod Sawant on Friday said that there is no need to panic.

Sawant who chaired the high level meeting of the officials including District Collector, Captain of Ports and others said that the Captain of the unmanned ship would be arrested for dereliction in his duties.

The 3,000 tonnes capacity tanker was anchored unmanned around five kilometres away from Mormugao Port Trust when it started drifting towards Raj Bhavan at Dona Paula near Panaji.

Raj Bhavan is located on a cliff in Dona Paula village near Panaji city.

Talking to reporters on Friday, Sawant that the ship is current located at 2.5 kilometres away from Raj Bhavan.

“The action would be initiated against Mormugao Port Trust, the company which owns the ship and also Captain of the Ship,” the chief minister said adding that the arrest of the Captain has been ordered for dereliction of his duties.

He said that the private firm has been engaged to check whether there is any spillage of naptha from the ship.

The ship owner has also assured that another vessel would be brought in on October 27 to empty the naptha from the drifting ship.

“State government has set up a team of officials which are closely monitoring the movement of the ship,” he said.

Sawant said that there is no need to panic as the situation is under control.

The coastal state is witnessing incessant rains since last three days coupled with the cyclonic winds.