Lok Sabha: Congress to have `Sahayogis’ to connect with people 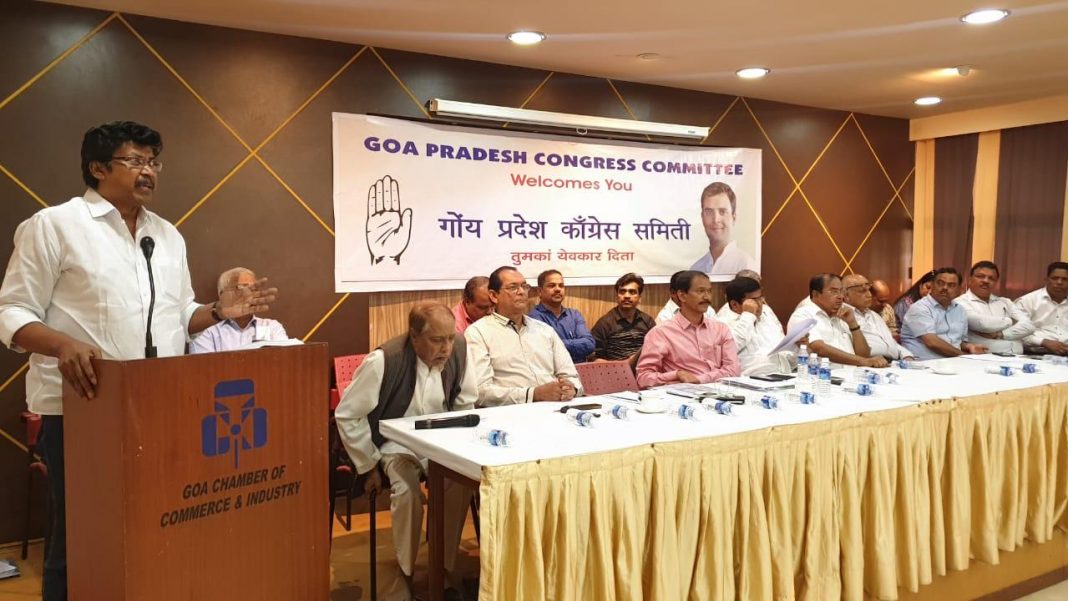 Panaji: Gearing up for the upcoming Lok Sabha election, Congress party has decided to designate their prominent workers as ‘Sahayogis’ who will be connecting the voters to the party organization.

The Congress Executive Committee and Pradesh Congress Committee meeting which was held on Tuesday in Panaji decided to streamline the working at booth level committees considering the upcoming Lok Sabha polls.

The party also launched its “Jan Sampark Abhiyaan” which will take its symbol across both the Parliamentary constituencies.

Goa has two Lok Sabha constituencies, both of which are currently represented by BJP MPs.

All India Congress Committee Secretary A Chellakumar told the gathering of Pradesh Congress committee and executive members that a concept of “Sahayogis” would be introduced in each of the constituency.

“Sahayogi will be a bridge between party high command and the households,” he added.

Chellakumar said that Congress President Rahul Gadhi had a direct talk with the block and booth level committee like in Karnataka and Telangana.

“Very soon we can expect that in Goa. already he had spoken to PCC president,” he said.

The Congress leader said that the workers will undertaken door-to-door campaign in both the constituencies and when they meet the voters, they will carry a letter written by party’s National President.

He said that the exercise of going door-to-door will have to be completed within 10-15 days.

“ Door to door you have to go and establish contact at the grass root and at the same time distribute material,” he said adding that the workers will also collect donation during their visit to the voters.

Chellakumar said that a separate committee for Jan Sampark Abhiyaan will be selected in each of the constituency which will work parallel to the Block Level Committee in each of the Assembly Constituency.

“In a time bound manner, we need to work.  In 2019 we must ensure congress government in the centre to root out BJP,” he said.