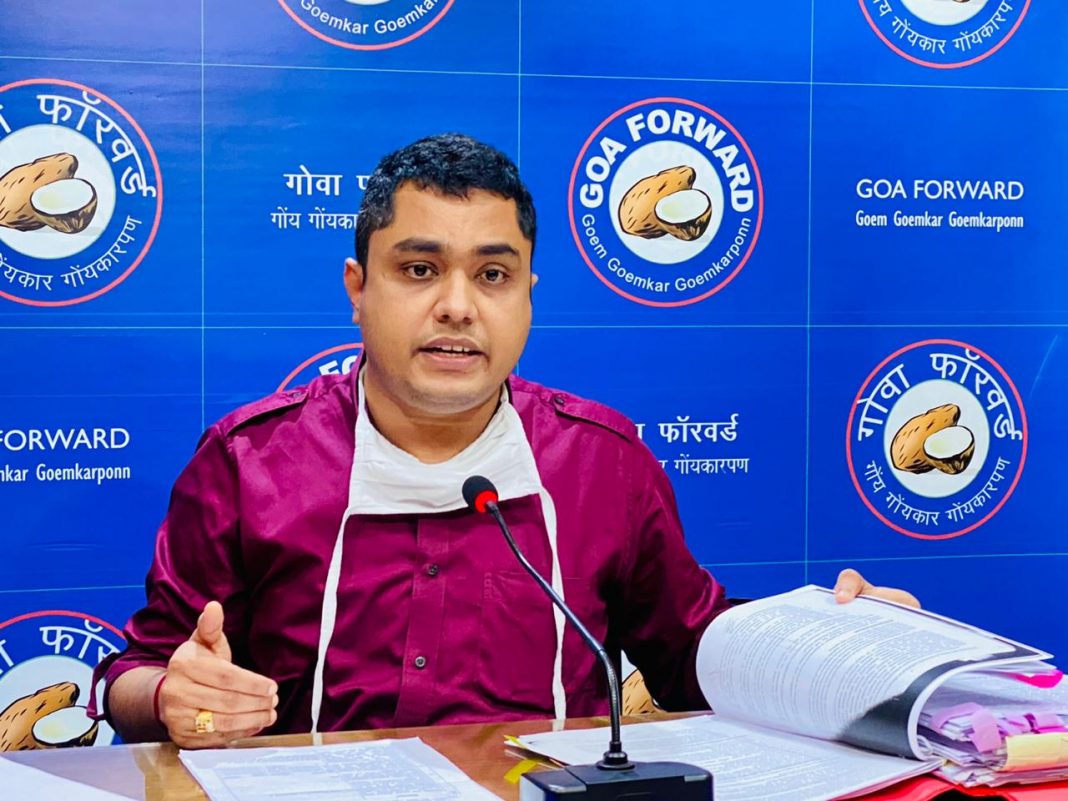 Panaji: Continuing exposing the LabourGateScam, Goa Forward Party on Monday claimed that the company was paid Rs 2.54 crore by State government, violating their own contract rules during the pandemic time, when state coffers had suffered a major setback.

GFP Vice President Durgadas Kamat said that there are documents under Right to Information (RTI) Act to suffice his claim that the company was given the benefit, even if it had failed to adhere to the norms of the contract.

He said that the LabourNet company was hired in January 2019 with the mandate to train at least 10,000 Building and Other Construction workers within six months. The contract was for one year.

He said that the contract of the company was renewed without taking board into confidence. Kamat said that the department in their reply to the RTI application, had claimed that the board meeting could not be held due to pandemic situation.

“The contract was renewed on January 17, 2020, when pandemic was yet to surface. The department has been lying on record,” he commented.

The GFP leader said that the government released a payment of Rs 2.54 crore to the company during the pandemic time. Kamat said that even if considering both the figures – 5,000 odd or 7,000-odd, the amount does not calculate to Rs 2.54 crore.

He demanded that the Prime Minister, who claims to be ‘chawkidar’ of public wealth, should immediately intervene in the matter to take action against all those involved in this scam.