KTC shuttle buses reduced by 70% due to poor response 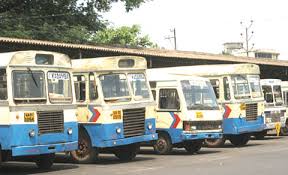 Panaji: With lack of passengers, the state based Kadamba Transport Corporation’s (KTC) shuttle buses has been decreased by 70%. “We have restored the same timings we were operating on prior to the lockdown, but still there is poor demand from passengers for shuttle buses. In view of this, we have decreased the number of buses on the shuttle routes by around 70%,” KTC general manager, Sanjay Ghate said.

KTC official informed that although there is rush during peak hours, passengers are comparatively low which is leading to a loss to the company. “We are getting only 10% of the commuters that we used to get. Despite that we are operating and bearing the loss on diesel costs,” the official added.

KTC bus service had opened exclusively to government officials with 50% seating capacity after departments and offices restarted post the strict lockdown in view of the pandemic. It was only recently that KTC buses started operating with 100% seating capacity for all passengers.

Owing to the poor response, the shuttle buses are operating only on the Panaji-Margao route and a few shuttles to Vasco. The shuttle service to Ponda has been temporarily suspended.

“We have directed all the depots to operate the fleet of buses at all timings and cover all trips. ,” the official said.