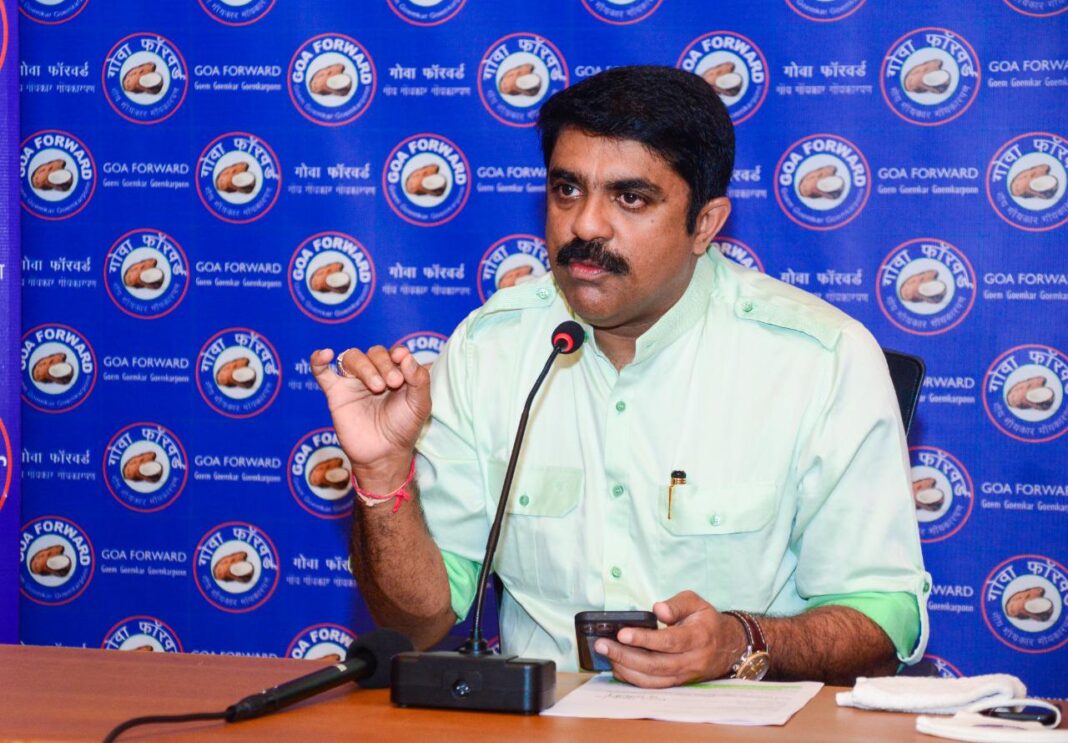 Vijai Sardesai, President of the Goa Forward Party commented on the ongoing Mhadei river dispute between Goa and Karnataka saying, “it’s been two weeks since the assembly session, and Chief Minister Pramod Sawant is still silent on Mhadei.” Earlier during the recently held assembly session, Vijai Sardesai along with united opposition lambasted the Chief Minister’s approach to the illegal diversion of the river.

The Goa Forward Party Chief highlighted that “on the floor of the house, the CM gave the people a whole lot of empty promises saying he won’t come under any pressure from anybody, and that the party’s and his government’s interest is not more important than the state’s interest on Mhadei. But the reality is he is very content with his Rs. 300 crore gift announcement in the union budget and is least bothered about the crucial issue.” Vijai earlier highlighted that according to a statement given by senior Supreme Court counsel Arvind Datar showed that the government had directed to give no objection to the notification of the Mhadei Water Disputes Tribunal award, and that Datar said that the state government told him not to object the same.

Sardesai hitting out at Sawant and his government said, “many constituencies in Bardez are experiencing a water shortage, and the CM has the gall to suggest that there is excess water under the mining pits.” Sardesai also questioned asking “if the CM is looking to next avoid the resumption of mining in the excuse to use the water to solve Goa’s water shortages.”

Vijai Sardesai pointed out that he and opposition were right in saying that the BJP led government has adopted a “lethargic approach” in dealing with the matter.” Sardesai mocked saying “I won’t be surprised if Sawant has plans of importing water from Karnataka, this is the BJP’s master plan to sell Goa now, Swayumpurna Goa is a farce, the only people becoming Swayumpurna is this current government.”

The Fatorda MLA has been vociferous over the Mhadei diversion issue and has at numerous times raised the issue calling for a pan-wide awareness across social media and public forums. Sardesai called out the government and the Chief Minister saying, “it’s about time he says something on this – the people of Goa will not allow him to walk away scot-free, Sawant has to be held accountable.” Vijai Sardesai said that “the biggest mistake this government makes is to take Goemkars for granted, Sawant doesn’t understand the people of Goa, especially the youth – the power is in their hands!”