Sanguem: An illegal stone quarry allegedly owned by a high profile politician has come under a radar of Department of Mines and Geology for the gross violation of the High Court order on similar illegalities. 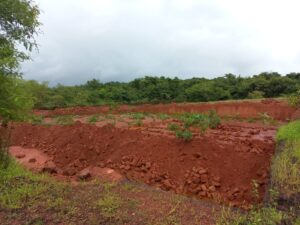 Two different teams including the flying squad constituted by South Goa District collectorate has inspected the quarry. The reports of the inspection is awaited but the photographic and videographic evidences clearly show that there was extraction of the stone happening, recently. 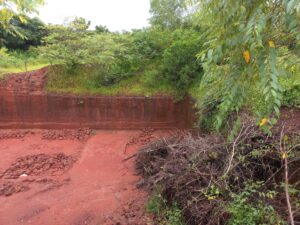 Sanguem based social activist Jervis Fernandes, who is  whistleblower in this case, has alleged that former Sanguem Municipal Council Chairperson and current Councilor Rumaldo Agnelo Judas Fernandes is involved in this illegality. 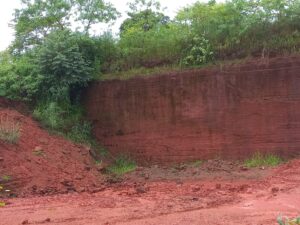 Jervis said that the application moved under Right to Information has revealed that Mines and Geology department has “not given any permission for quarrying at this place.” 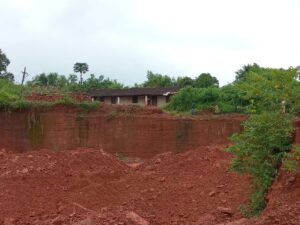 The officials of State government swung into action against this quarry this week.  Flying Squad of South Goa collectorate accompanied by the officials of Town and Country Planning Department raided the stone quarry at Costi-Sanguem. 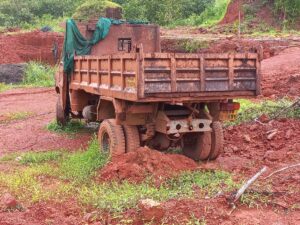 Eye witnesses revealed that the team found bucket of engine oil which is used for machines and a truck in this premises. The clear traces of stone extraction here is also seen in the photographic evidences.

At the same time, branches of the trees were cut down and spread on the road which had marks of the truck tyre indicating that there was movement of the vehicles.

This was the second raid, the first one being conducted by a team comprising of Mamlatdar and the mining department officials.

The Goa Bench of Bombay High Court has given clear guidelines to the State government to act against the illegal stone quarrying.