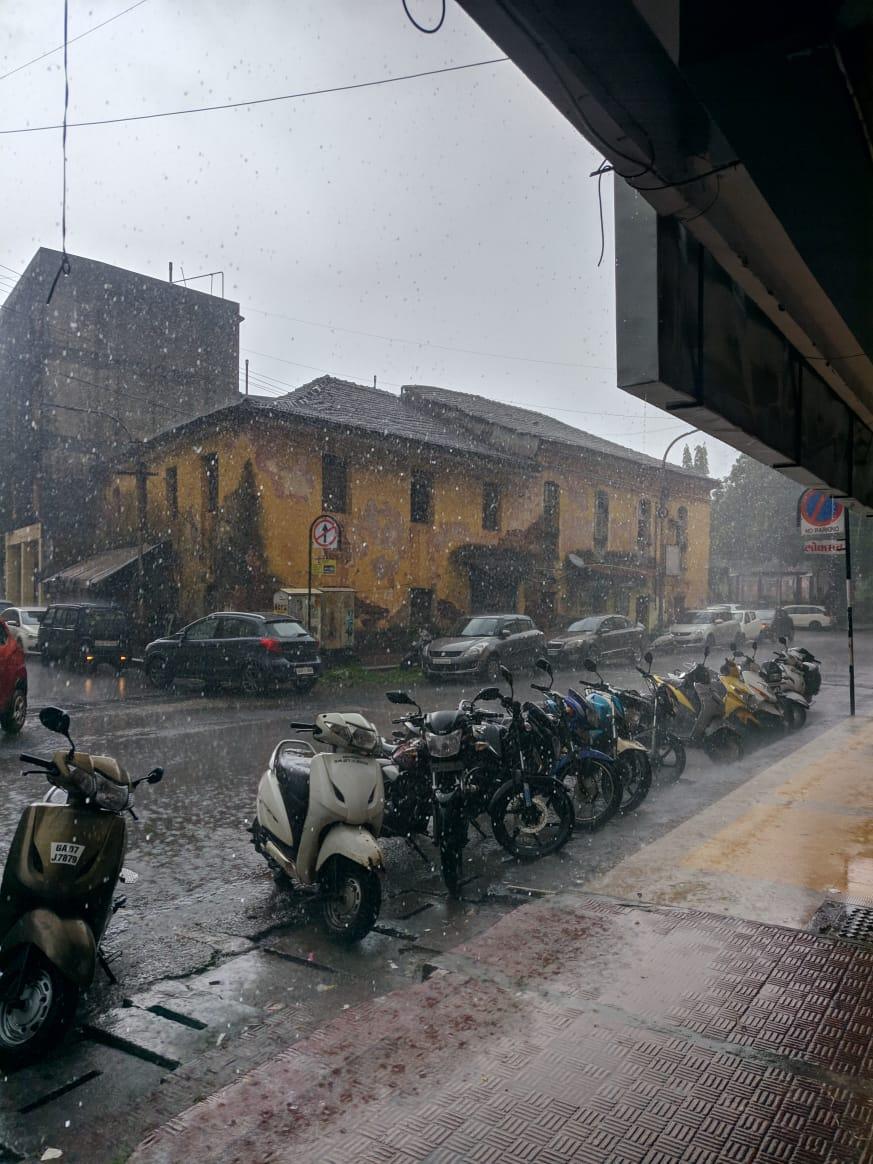 Panaji: A day before its scheduled arrival and a fortnight after its annual schedule, South West monsoon arrived in the State on Thursday bringing in heavy rains that lashed the coastal state.

The department had earlier predicted that the monsoon will arrive on June 21.

The state continued receiving rains during the day on Thursday. IMD has said that off shore trough at mean sea level is running from South Maharashtra to Kerala coast.

While detailed weather bulletin is awaited, the IMD officials stated that annually, the monsoon arrives in Goa during first week of June, but has delayed by almost fortnight this year.

State Agriculture department said that with the onset of monsoon, the farmers will start sowing the paddy in the fields.

“The agriculture department will now gear up to provide necessary help in the form of seeds and other infrastructure to the farmers,” a senior official said.

IMD has already warned fishermen against venturing in the sea even as State is observing annual  ban on mechanized fishing. All the seven jetties operated by state fisheries department has been shut down for operations.

Drishti Lifesavings, a private agency manning the beaches, has already warned the tourists against venturing in the Sea.

IMD has predicted that a strong wind with speed reaching 40-50 kilomtres per hour is likely to prevail over South West and adjoining west central Arabian Sea on Thursday and Friday.