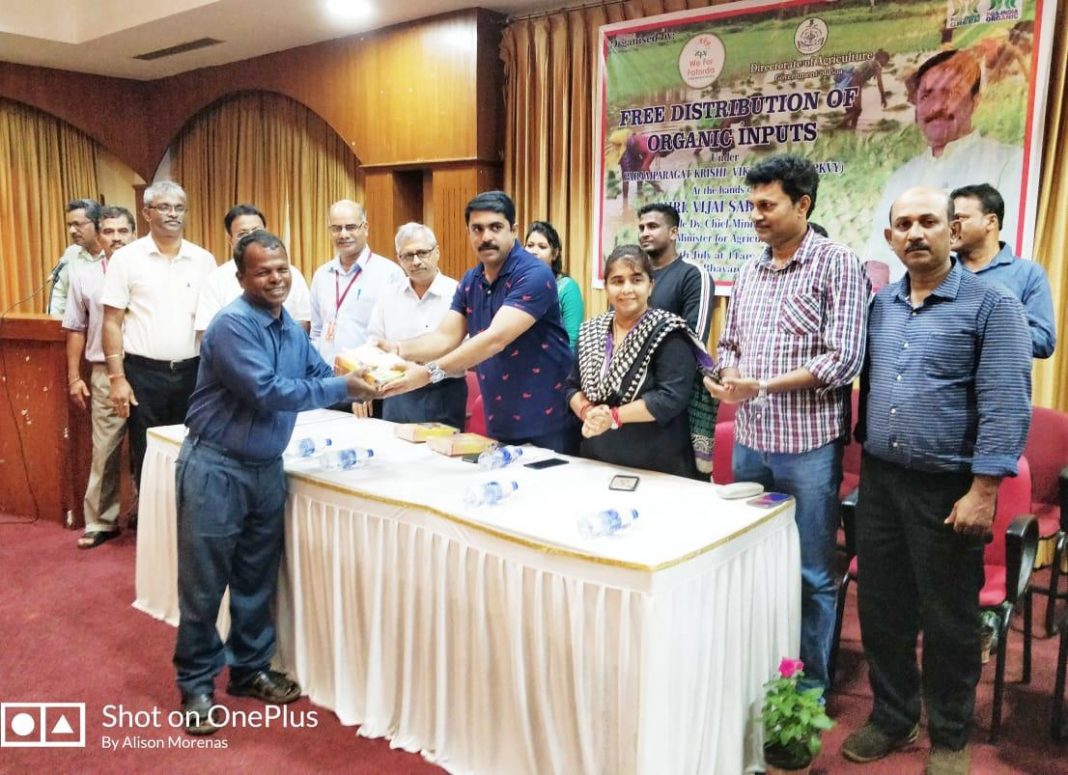 Union government has allotted 500 farming clusters to Goa. Sardesai said that the state will take benefit of entire lot by encouraging the existing farmers and also new ones to opt for farming.

Sardesai was talking to reporters in Margao after distributing organic inputs to the farmers under ‘Paramparagat Krishi Vikas Yojana.’

He said that the state government has already drawn plan to have 500 farming clusters under union government’s scheme, during this year itself.

Sardesai said that the state government has been promoting organic farming which ensure that food that we eat is safe.

The minister said that Central government’s stress on Zero Budget Farming during the Union Budget will go a long way to help the State.

“The emphasis given in central budget about Zero Budget farming should be appreciated. This means that the central government accepts that it is a time that country has to go organic,” he said.

“It is a time that Goa should take to push forward orgnanic farming culture,” Sardesai added.

The minister said that when he spoke about organic farming in the past, he was ridiculed. “But we have taken the challenge to make Goa, organic farming state,” he said adding that his own assembly constituency of Fatorda (South Goa) will pioneer the movement.

Sardesai said that Goa will learn from Sikkim which has gone total organic. “It is not easy to go organic. It took seven years for Sikkim to become fully organic,” he said.