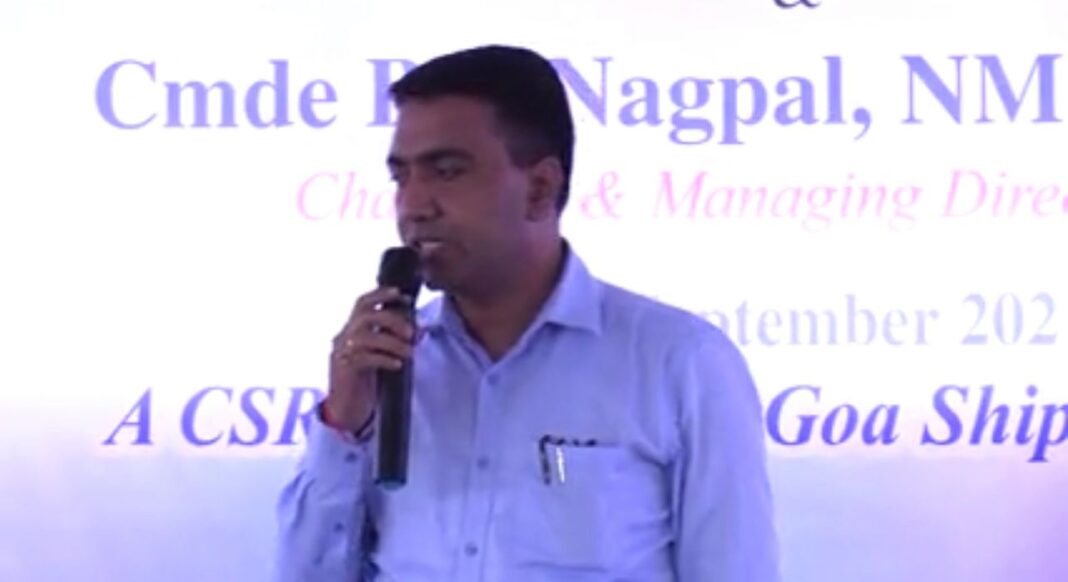 Panaji: After covering the entire eligible population with the first dose of COVID-19 vaccine, Goa government on Tuesday set up a target of October 31 for the completion of second dose all the remaining people.
State Chief Minister Pramod Sawant said that the entire eligible population should be COVID-19 double vaccinated by October 31, for which, he urged the population to join hands with the state government.
The chief minister also asked people to be alert against the third wave of COVID-19 in the wake of upcoming Ganesh Chaturthi festival. He pointed out that the neighbouring Maharashtra and southern state of Kerala are reporting rising number of the cases, which can be cause of alert for Goa.
Sawant said that 11.50 people have been given the first dose of COVID-19 vaccine in the state, which makes for the entire eligible population, if we go by the election data.
He appealed people to come forward and take the second dose of the vaccine. Sawant stated that twenty percent of the population, who have taken the first dose, are yet to turn up for their second dose, despite the date for gap between both the jabs expiring.
“Make it a habit that before you shake your hand with anyone, asks him whether he has taken the vaccine,” Sawant commented.
The Chief Minister said that the state is prepared to face the third wave with all the health infrastructure and manpower in place. “We are prepared, but we also expect the people to be prepared not to get infected especially considering the upcoming Ganesh Chaturthi festival,” he said.
“Maharashtra and Kerala are already witnessing the COVID-19 wave. Maharashtra has also started curfew in certain parts. We should be on the alert,” he added.