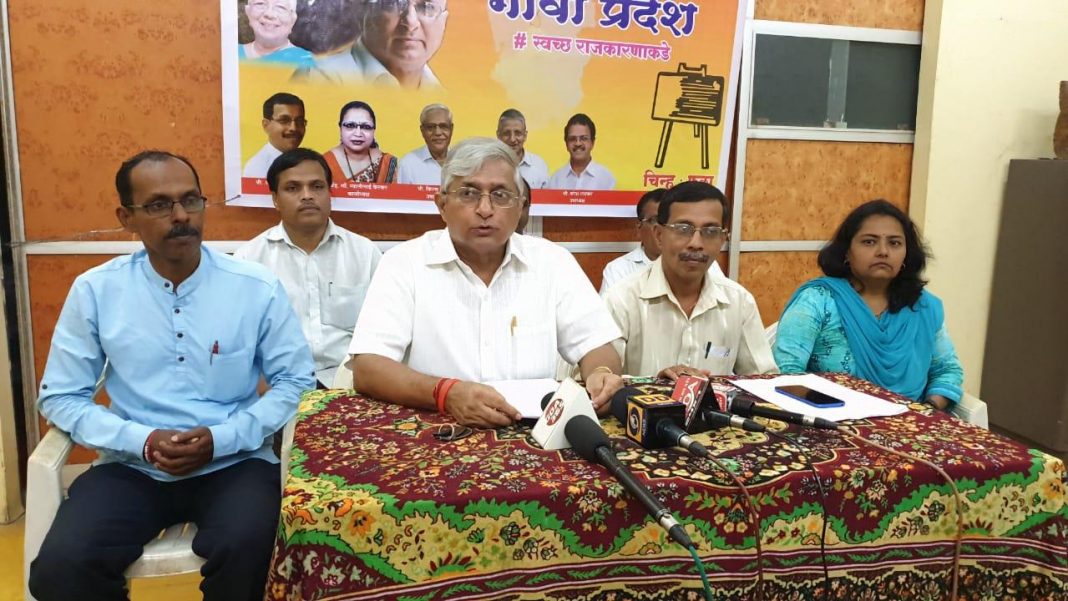 Panaji: Former Goa RSS chief Subhash Velingkar-led political outfit on Monday demanded that BJP-led government should provide white paper on the off shore casinos in the State and also provide a deadline when they will be moved out of River Mandovi.

Addressing a press conference in Panaji, Velingkar demanded that BJP-led government should spell out when exactly the off shore casino vessels be moved out of River Mandovi.

“We also want to know where they will be re-located and the government should prepare ‘white paper’ on casinos and make it public,” he said.

In yet another demand, Velingkar also said that State government should appoint ‘Gaming Commissioner’ who will be keep a track on how many people enter the casino-mounted ships on regular basis.

Velingkar said that the demand for Gaming Commissioner is not to help the Casinos to do their business but to keep a tab on them till they are moved out of River Mandovi.

There are six off shore casinos operating in River Mandovi near Panaji.

He said that the entire blame on entertaining and encouraging casino mafia in the state should be borne by BJP, who has changed their stand towards this issue.

“In the year 2012, Manohar Parrikar won the assembly election assuring to eradicate off shore casinos from River Mandovi. But later, he took U turn and BJP supported casinos to such an extend that current chief minister Pramod Sawant has termed this industry (casinos) as essential ingredient for tourism,” he said.

Velingkar said that Goa Suraksha Manch will be holding protest march in Panaji on July 10 after which the awareness would be spread across Goa.