Goa is an ideal investment destination in every sense: Piyush Goyal 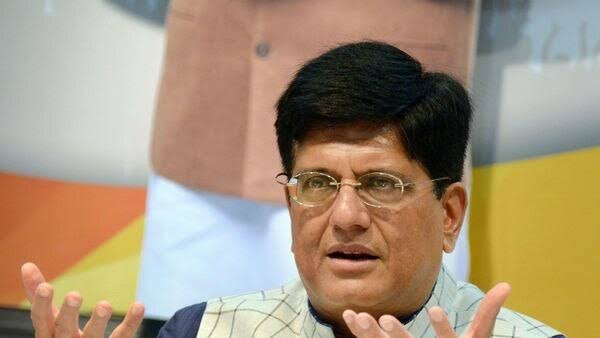 Panaji: Union Commerce Minister Piyush Goyal on Saturday said that the seeds of Make In India were sown by Dr Shama Prasad Mukherjee in the year 1948 through the Industrial policy for the state that he had drafted then.

Goyal was addressing a session during ongoing ‘Vibrant Goa Global Expo and Summit’ here which has been participated by the delegates from 54 countries.

“In some sense you are carrying forward vision of Dr Shama Prasad Mukherjee. He had come up with the first industrial policy of India which had sown seeds of Make in India, way back in the year 1948,” the union minister said referring to the summit.

“Mukherjee’s leadership of industrial sector was evident in the policy which had acknowledged the foreign capital for the industrialization of the country,” Goyal said.

The union minister recalled that late Mukherjee had also said that the control should remain within Indian hands and had talked of marriage between international investment and domestic partnership.

“Over a period of time, business models have evolved. Today, we have a situation where several sectors are open to almost 100 per cent FDI,” he added.

The union minister said that the central government welcomes the ownership to be held by foreign companies. “We certainly are looking to attract investment, to promote investment and I think the government in New Delhi and state government in Goa are both working as a double engine powering the train of progress so that we can see faster growth,” said Goyal, who also holds Railways portfolion in Modi-led government.

He said that Prime Minister Narendra MOdi as a leader of the nation truly wishes to see the Goa as empowered state which will drive the growth of the country,” he added.

Goyal said that Goa is an ideal investment destination in every sense. “If we put our heads together to identify the main areas where investment would be more profitable ,both the people of Goa and for the economy of Goa and the national economic activity, I am sure we can make rapid growth happen,” he added.

Previous articleThere should be mass movement against the people opposing development: Piyush Goyal
Next articleBJP has pushed Goa into financial emergency- Congress