There should be mass movement against the people opposing development: Piyush Goyal 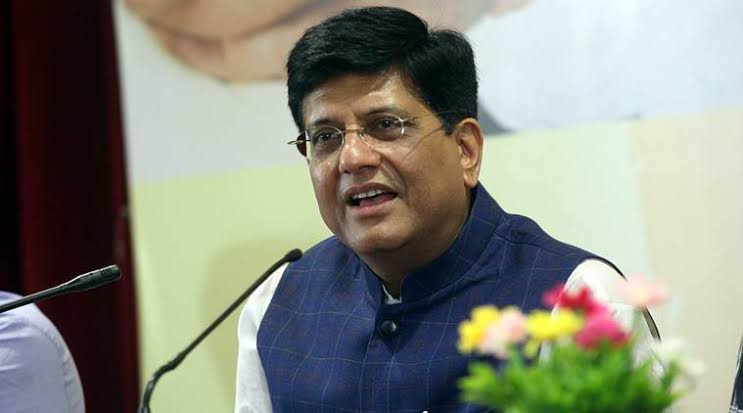 Panaji: Union Commerce Minister Piyush Goyal on Saturday said that it is a high time that there is mass movement of the people against the forces who are not allowing development to happen in Goa.

Goyal was addressing the session on the last day of ‘Vibrant Goa Global Expo and Summit’ which is currently underway in the coastal state, near here.

Referring to the litigation filed against Greenfield airport at Mopa which has stalled due to petition in the Supreme Court, Goyal said “I think, it is a high time, there is mass movement of the people of India and people of Goa to oppose these forces who are not allowing development to happen.”

“..who are not allowing good roads, hotels, airport, expansion of port. All of this will help Goa grow and become world class state which can actually make each one of Goa’s residence have a quality of life which is comparable to the best in the world,” he added.

The Union minister suggested that the people of Goa should truly work along with the government and ensure that the development comes to Goa. “They should intervene in such petition in the court and request the court to allow development to come to Goa, to allow peace and prosperity in Goa,” Goyal added.

The minister said “I don’t mind on this public platforms to fold my hand and appeal to those NGOs and those people who are coming in the part of development,  who are not helping Goa grow , who are not helping the cause of people of Goa by such litigation.”

He said that the litigation is the first form of obstructing justice for poor of India or providing them an opportunity for better quality of life.

The first phase of Mopa airport which was scheduled to begin in the year 2020 has been postponed by another year due to the litigation pending before the Supreme Court.

The Greenfield airport is located at Mopa village in North Goa, which is the second such facility in the coastal state, the first being at South Goa’s Dabolim village.

Previous article61st Police Commemoration Day to be observed on Oct 21
Next articleGoa is an ideal investment destination in every sense: Piyush Goyal