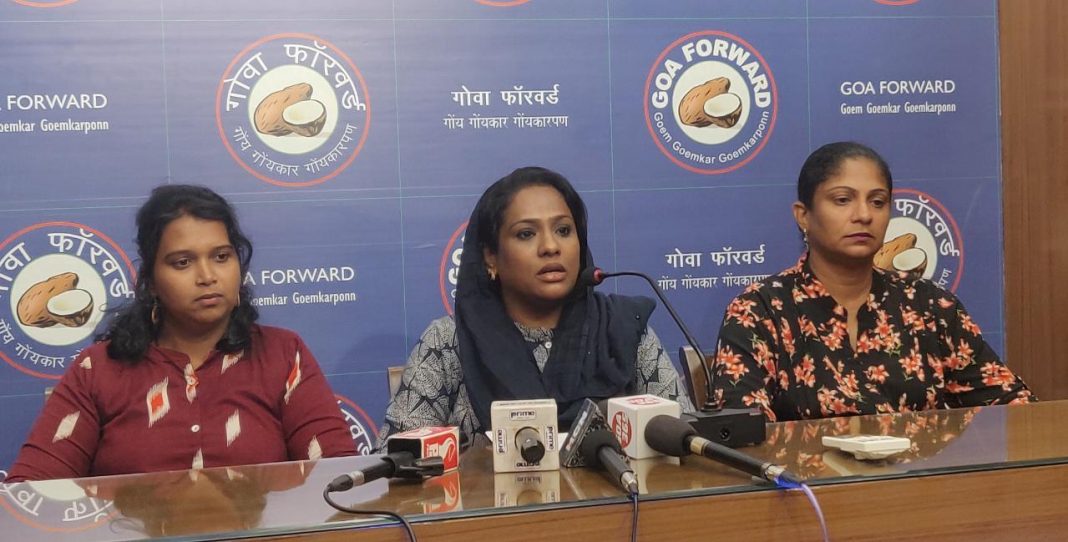 Panaji: Goa Women Forward today said that the commitment to preserve the clause of domicile in the jobs by their parent party unit is “not political but historical.”

Goa Women Forward President Ashma Sayed, addressing a press conference, recalled that in the year 1995, party chief Vijai Sardesai, who was then a prominent student leader, had fought for the domicile clause and got it implemented by the State government.

She was accompanied by Goa Women Forward Vice President Sonia Fernandes and General Secretary Sampada Pednekar. The women wing of the party has expressed their whole-hearted support to the agitation started by their youth wing against scrapping of domicile certificate by Goa University.

Sayed said that dropping of domicile clause is a very serious issue considering the fact that majority of candidates for teachers’ post are women. “Women opt for teaching as their career and if we drop domicile clause, then we would be blacking out their career forever,” she said.

She said that Goa University was resorting to gross injustice on the women of Goa through their action which will not be tolerated by them.

Goa Women Forward General Secretary Sampada Pednekar said that Goenkarponn is a weapon of the party which they will use to get justice. “Like Mahatma Gandhi had non-violence as a weapon, Goenkarponn is our weapon,” she said.

Goa Women Forward Vice President Sonia Fernandes said that there would be exodus of women from the State to other places if domicile clause is relaxed. “The women will have to travel outside the State and hence we will lose our precious talent and also there will be huge demographic changes,” she added.