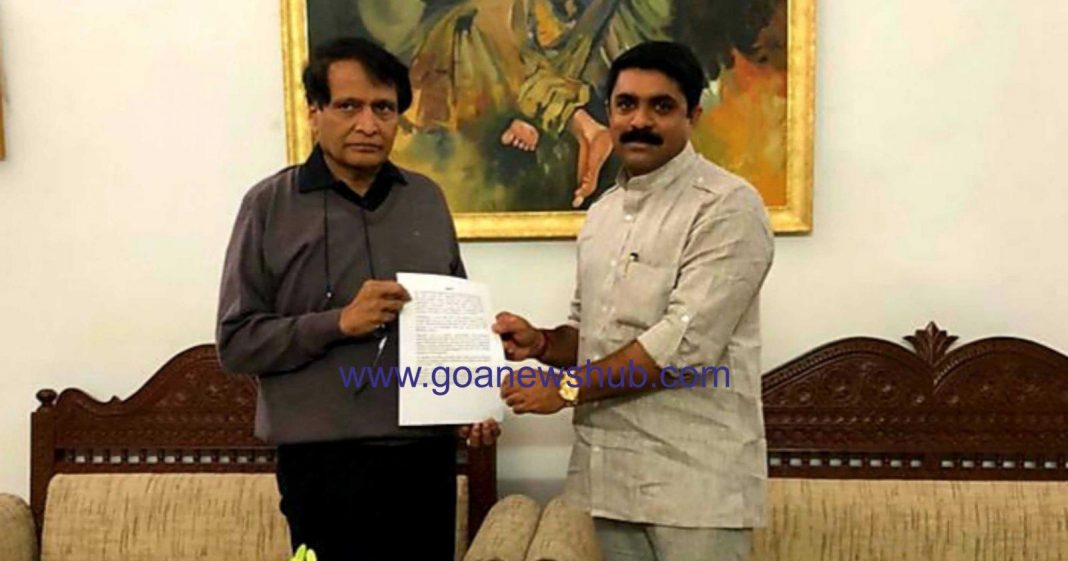 During his meeting with Prabhu, Sardesai presented a memorandum on behalf of Goa Mining People’s Front, urging centre’s intervention in resuming the mining activity.

“As promised to the Goa Mining People’s Front, I have met Union minister for commerce Suresh Prabhu and strongly pleaded the case for resumption of mining in the state,” Sardesai said talking over phone from Delhi after meeting the minister.

He said that  the government has to take some strong decisive measures in public interests to see that the hardship suffered by very significant population is alleviated.

Goa Mining People’s Front, an umbrella organization of the mining dependents, had met Sardesai this week seeking his intervention in the matter. The mining industry has come to standstill after Supreme Court through its verdict on February 07, 2018 quashed 88 mining leases.

GFP, which is a part of ruling coalition, had assured the mining dependents to take up the issue.

In a memorandum which was submitted to Prabhu in Delhi, the party has pointed out that  Chief Minister of Goa Manohar Parrikar vide letter dated September 24, 2018 wrote to  Narendra Singh Tomar, Union Minister of Mines requesting him to take appropriate steps to bring about necessary amendment to the Provision of Mines and Mineral Development and Regulation Act (MMDR) so that mining in the State of Goa resumes at the earliest.

“Subsequent to the said letter the Ministry of Mines in consultation with the Union Law Ministry referred the file to the Attorney General of India seeking his legal opinion on the proposal from the Chief Minister of Goa,” the memorandum reads.

“At present the file has been sent back to the Attorney General awaiting further reference to another Law officer of the union of India,” GFP has said in the memorandum.

The party has said that the said delay is resulting in further contraction of timelines if the said amendment is required to be brought forward in the upcoming Winter Session of the Parliament of India to provide much needed relief to Lakhs of People engaged in the Mining Industry in the State.