“GFDC has been functioning illegally, new council yet to be formed” 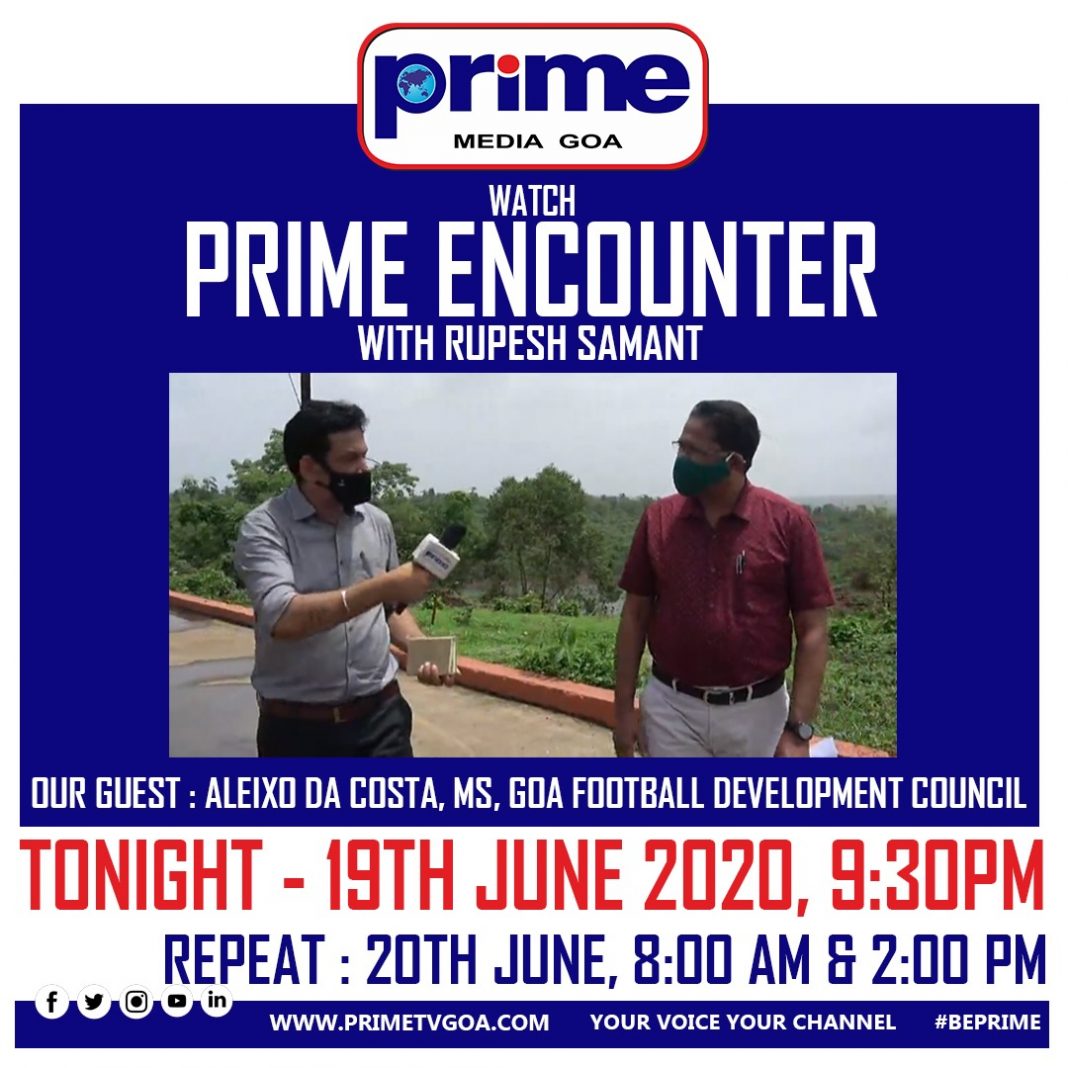 Speaking on Prime Media’s “Prime Encounter” program, Da Costa went on to admit that no proper approvals were taken to form the body, which has been functioning illegally till date.

“None of the approvals were taken to create the body. It had no approval of whatsoever. Till date, it is not having approval. We are now in the situation of fate accomplie, council is already created.

“It was  idea of then chief minister Manohar Parrikar to create this council and promote the game of football. Though the idea of a noble one, CM is not supposed to do what a bureaucrat has to do,” he said.

“The body itself is illegal. I had brought to the notice of former Chairman but he did not entertain these talks,” he added.

Da Costa said that it was a duty of sports department to see that the body is constituted legally before granting the funds. “But the entire process was bypassed while allocating the grants for the body,” he said.

He also said that GFDC will form its club so that the players trained it can play in the competitive tournaments in the state, a senior official said.

He said that the council cannot field its team in the Goa Football Association (GFA) affiliated tournmants right now, as it is not registered as a club.

“We will soon register ourselves as a club with Sports of Authority of Goa (SAG) and will launch our team in the tournaments,” he said.

Da Costa said that GFA had banned not considered the council to play for tournaments claiming that it was not a club.

The GFDC was in the controversy after it paid Rs 1.15 crore to Churchill Brothers FC to launch its players under the banner of the club.

A formal police complaint has been filed by a local football lover against da Costa, then Chairman of council Rufino Monteiro and Churchill Brothers over the deal, alleging misappropriation of funds.

Claiming that there is no iota of truth in the allegations against them, da Costa said that all the required approvals were taken to pay money to the club, after it agreed to launch GFDC players as its team in the year 2017.

“We did not want to sell individual players to any of the team as it would have broken the entire team. We had floated Expression of Interest to launch our boys as a team of their club for which Churchill Brother responded,” he said.

Da Costa said that other local clubs showed no interest despite repeated appeals to them even through advertisements in local media.

Interestingly, GFDC has been headless since 2018 when its then chairman Monteiro resigned from the post.

“We are still waiting for the appointment of new council,” he said.