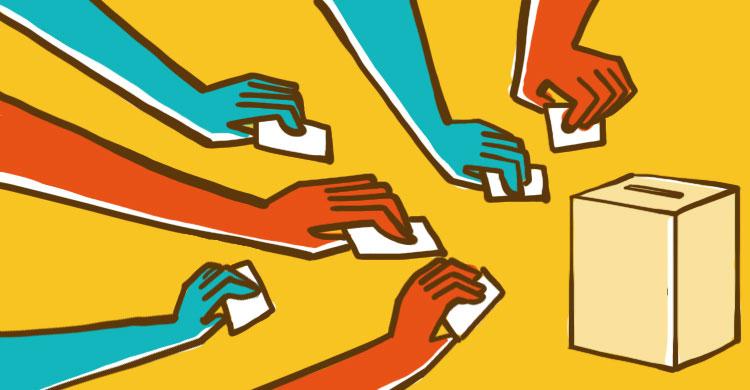 The assembly of five or more persons (including contesting candidates & workers) will be deemed as Unauthorized Assembly u/s. 141 of the Indian Penal Code and will be prohibited to avoid any procession or rally under the garb of house to house visits or corner meetings and to prevent any nuisance and law and order problems.

Similarly, all private vehicles shall be checked in dignified manner to avoid their misuse for distribution of money or gifts or liquor and for causing any nuisance also to avoid any harassment to private persons.

So also, no liquor shops, hotels, restaurants, clubs and other establishments selling/serving liquor, should be permitted to sell/serve liquor to anyone whosoever, on the aforesaid days.  The Non-proprietary clubs, star hotels, restaurants etc. and hotels run by anyone even if they are issued different categories of licenses for possession and supply of liquor are also not permitted to serve liquor on these days.

The above order does not apply to Officers authorized on Election Duty by the District Election Officer, South Goa District or the State Government including the Polling Officials, Magistrates, Police Officials and Government Staff.

Previous articleAjgaonkar claims that Gadkari had leaked info about MGP MLAs quitting the party
Next articleThis time vote for the country: Pramod Sawant