This time vote for the country: Pramod Sawant 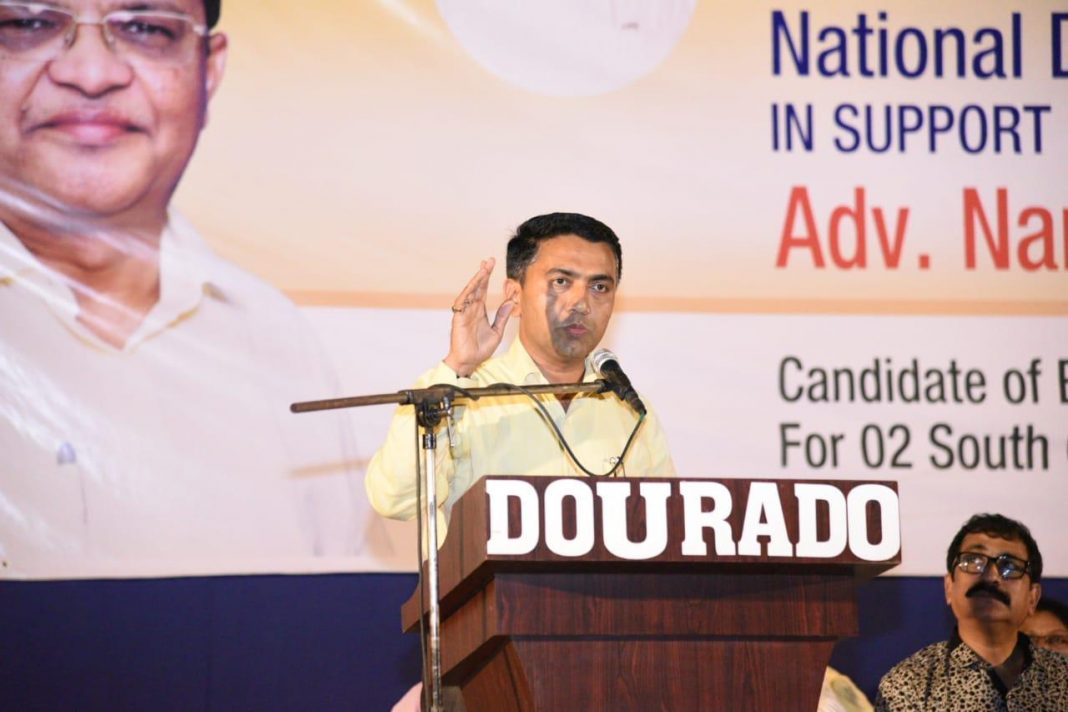 Margao: Chief Minister Pramod Sawant has appealed the voters to vote for the country this time by pressing button in front of Lotus symbol.

Sawant was addressing public meeting of NDA at Margao in presence of Deputy Chief Ministers Vijai Sardesai and Manohar Ajgaonkar.

Chief minister also assured that the current government will complete its tenure of remaining three years without any hindrance with the help of coalition partners. He said that the Common Minimum Program will be taken further as a part of this government.

“The government is firm in the saddle. We have decided a formula on which we will be working,” Chief Minister said adding that Sudin Dhavalikar did not adhered to the formula due to which he had to be dropped from the cabinet.

Talking about Lok Sabha election, Sawant said “this time you have to vote for the country by pressing button in front of Lotus.”

Chief Minister assured to develop Margao as a smart city on lines with Panaji. He said that special attention would be given to Margao and South Goa by the State government.