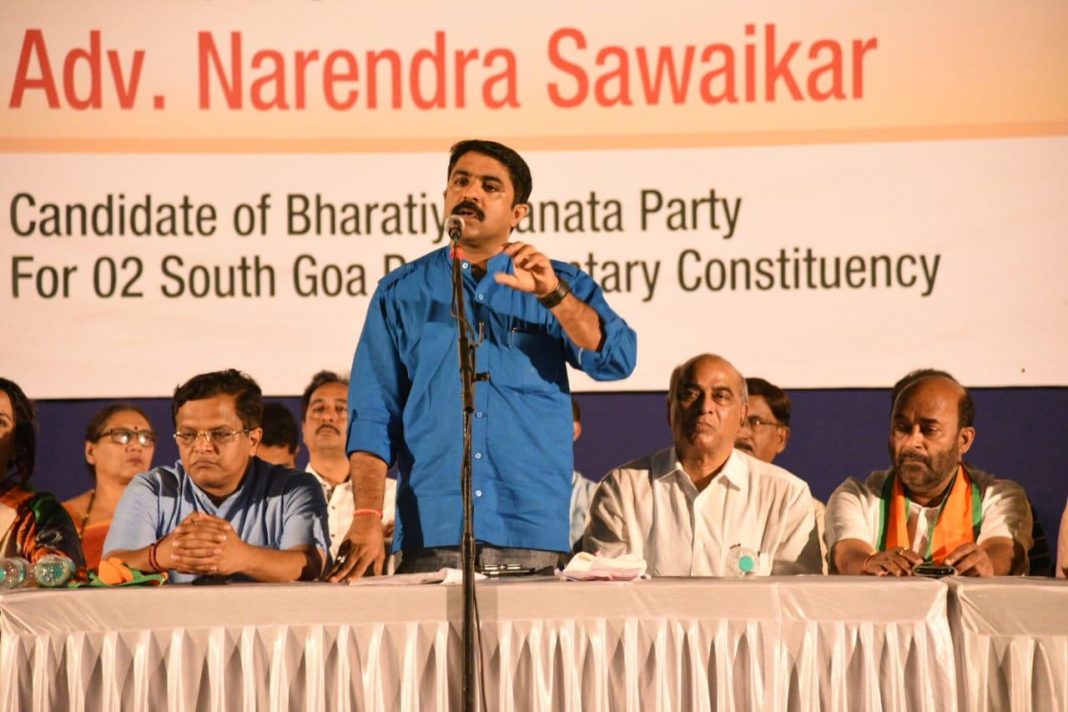 Margao: Goa Forward Party Chief and Deputy Chief Minister Vijai Sardesai on Saturday said that Special Status for the State is not possible but Goa can have Special measures to protect Goem, Goemkar and Goemkarponn.

Sardesai was addressing a Public meeting organized by NDA in support of BJP candidate Narendra Sawaikar at Lohia Maidan, Margao.

“We can have Special Measures to protect Goem, Goemkar and Goemkarponn. We can have legislative measures for that and I am sure Narendra Sawaikar will do it,” he said adding “while doing it, we need to take middle approach and strike a balance.”

Asserting that Pramod Sawant led government would walk on the same path that of Manohar Parrikar, Sardesai said that if he finds the government side tracking the common minimum program, then Goa Forward Party would be the first one to walk out of the government.

“But I have no reason to believe that I would have to walk out of the government. Pramod Sawant has assured that he would be following the Common Minimum Program charted out by Parrikar,” he said.

He said the government will have “inclusive growth and progressive governance.”