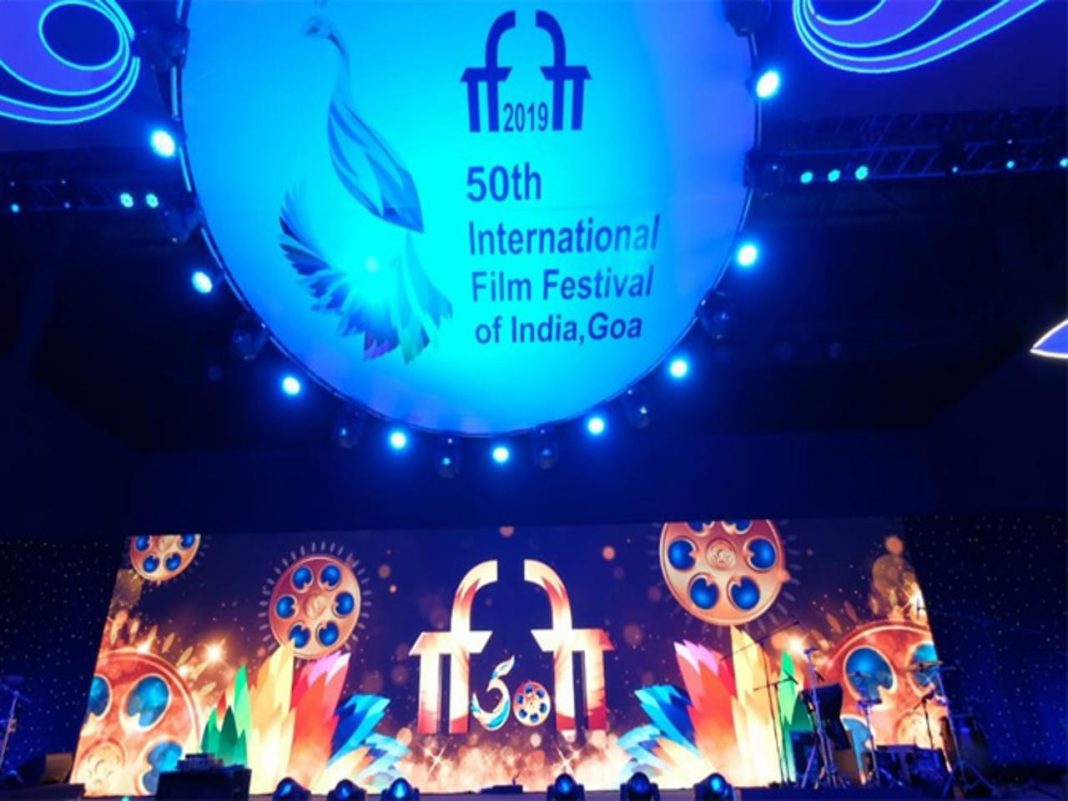 The valedictory ceremony for the golden jubilee edition of International Film Festival of India (IFFI), Goa got off to a dazzling start at the Shyama Prasad Mukherjee Indoor Stadium, in Talegaon, Goa today November 28, 2019. Goa Governor Shri Satya Pal Malik, Chief Minister of Goa Dr. Pramod Sawant, Union Minister of State for Environment, Forest & Climate Change Shri Babul Supriyo graced the closing ceremony, along with a host of dignitaries from the political and cinematic landscape.

Opening the grandeur ceremony, Secretary, Ministry of Information & Broadcasting Shri Amit Khare said that IFFI 2020 and 2021 will be a tribute to legendary filmmaker of India Satyajit Ray whose centenary celebrations will be observed from next year. “ The event has been quite successful in bringing together film enthusiasts all over the world along with the well known filmmakers, artists and film critics. It will be our endeavour to have the 51st IFFI at an even larger scale. The 50th edition of IFFI had more than 190 films screened from 76 different countries which included 90 Indian premier, six world premier and 11 Asian premier. It is a matter of pride that this year we screened 24 Oscar submissions at IFFI. More than 12000 delegates participated which is also a record number.”, he said. Legends of Indian cinema Shri Ilaiyaraja, Shri Prem Chopra, Smt Manju Borah, Shri Aravind Swamy and Shri Haubam Paban Kumar  were felicitated on the occassion.