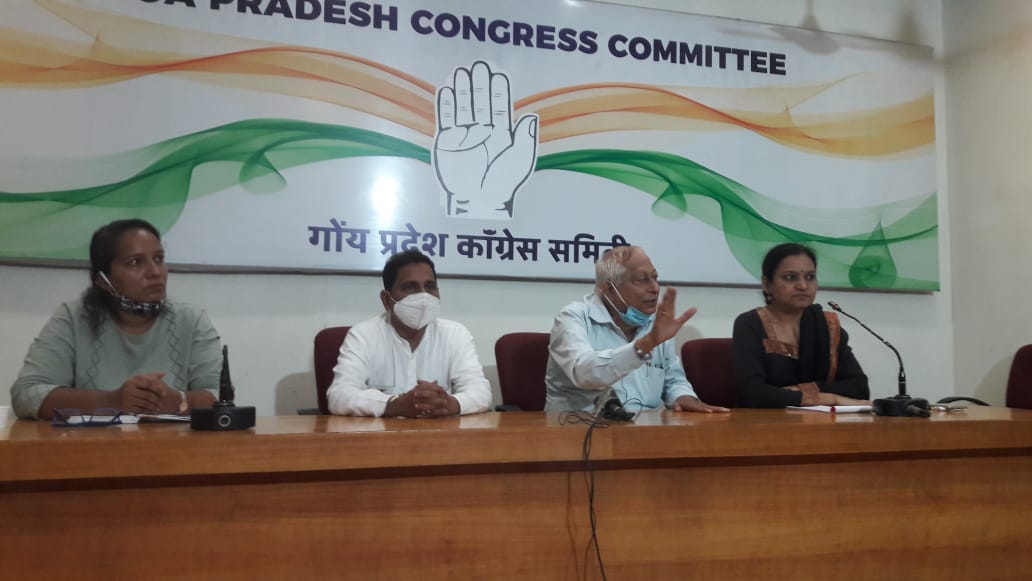 Panaji :  In View of the Gangrape that took place in Uttar Pradesh that led to the death of a  19 year old girl, the Congress party in Goa on Thursdsay addressed press conference condemning the issue demanding resignation of Yogi Adityanath.

“Since 2019 the crimes against women in India have increased in India by 7 per cent,” said Bandekar. Blaming the state and central government for the current state of affairs he said U.P. Should adopt the model state by Chatrapati Shivaji  who had utmost respect for women and was a pioneer in protecting their rights. The government is not doing enough to curb the violence against women in India, “The accused pesons in the crime not only gang-raped her but also cut her tongue and broke her spine, this is a devastating incident which tells us the state of law and order in  Uttar Pradesh” added Bandekar.

The police have delayed registering the crime of Gang-rape. Moreover the dead body of the 19 year old girl should have been handed over to the parents but the police refused to do so and burnt her body at 2:30AM on their own, thus destroying evidence.

Pratibha Boarkar questioned “Is this the Ram-Rajya promised by the Govt, where the Sitas of the country are not safe?”, “BJP Mahila Leaders who were outspoken during Nirbhaya rape incident  should come out to speak against the heinous crime that has taken place in U.P.”

Vithu Morajkar, GPCC spokesperson opined that even Ravan had his limitations however U.P has become worse than Ravan’s Lanka. Also present for the meeting Royola who believed the implementation of law is ignored by the central and state government said The Gang-rape at U.P. brings to the notice of people how Women and child development authorities have failed.