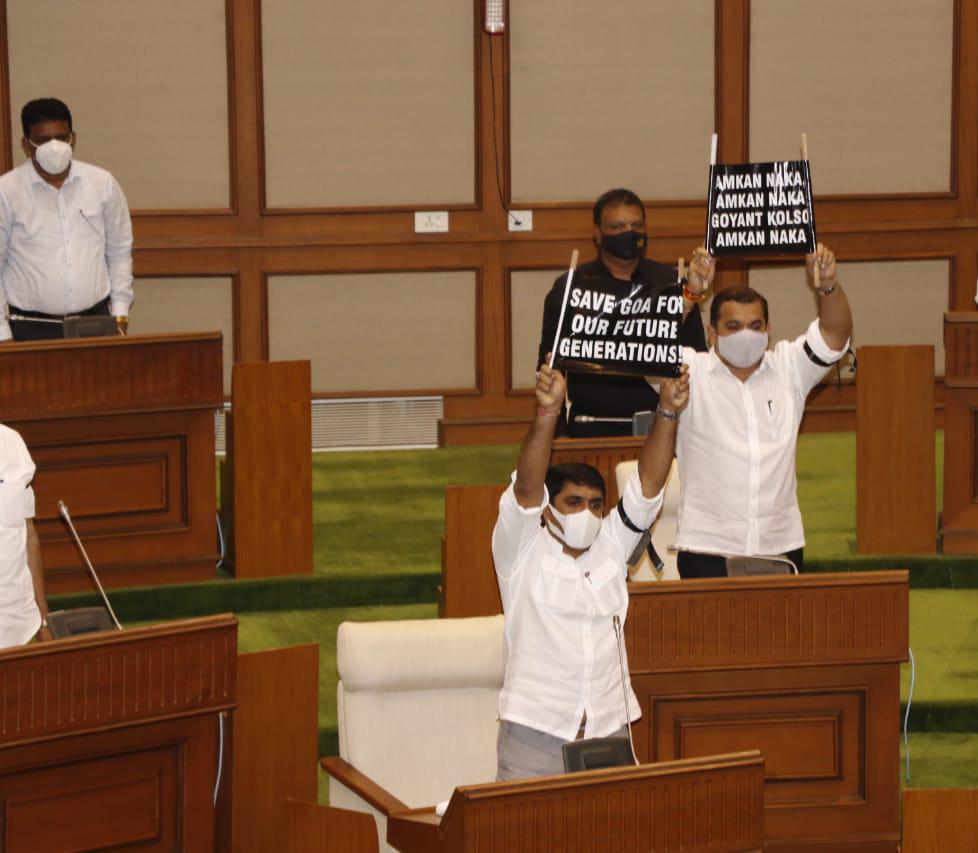 Panaji: A day after Opposition benches protested on the floor of the House against curtailed Assembly Session, Goa Chief Minister Pramod Sawant on Tuesday termed the behaviour as “inappropriate” and “unparliamentary.”

On Monday, the Opposition benches, had protested with placards in their hand against curtailing of the Assembly session to five days (only four working days). The silent protests were held after Governor B S Koshyari addressed the House.

Sawant on Tuesday tweeted “On the first day of the Assembly session, we saw inappropriate and unparliamentary actions of the opposition benches towards the Hon Governor Shri Bhagat Singh Koshyari ji. The opposition should introspect and uphold the democratic values and also work in the interest of the people.”

Immediately, reacting to the tweet, Leader of Opposition Digambar Kamat tweeted “Government must listen to Emotions, Sentiments and Aspirations of the People and the Duty of the Opposition is to be the Voice of the People. Some Actions come as a Reaction. Let Government show the courage to face the Opposition at Length in Assembly without adopting to Shortcuts.”