Anti-national forces were creating confusions in the minds of farmers, youth: CM 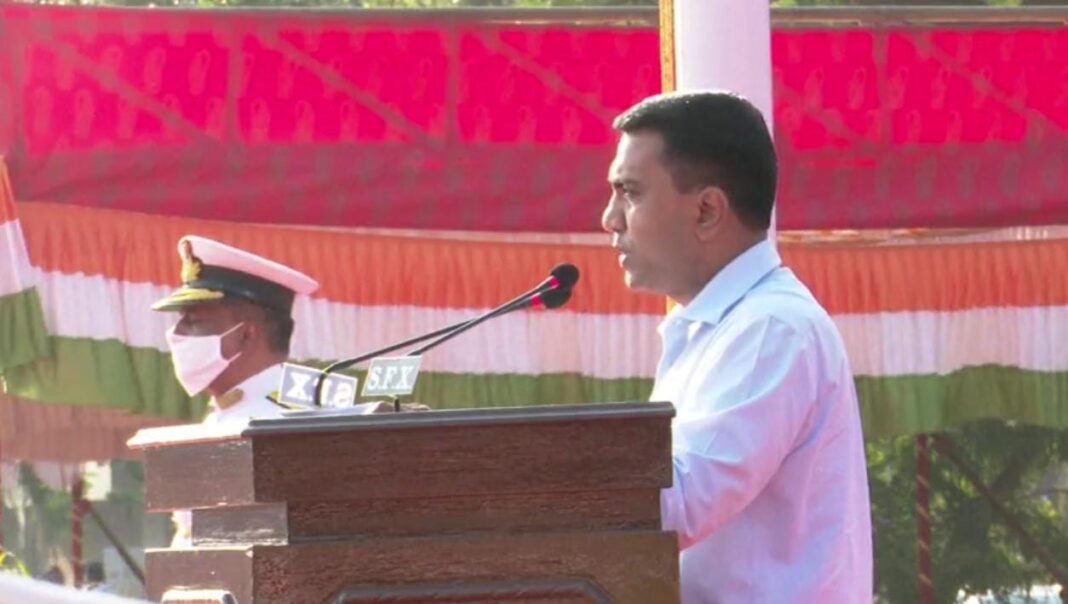 Panaji:  Chief Minister Pramod Sawant alleged that the anti-national forces were creating confusion in the minds of youth and farmers over certain issues.

Sawant was addressing the state-level function after hoisting tri-colour at Panaji on the occasion of Republic Day.

“The Indian Constution has enshrined the aspect that we should respect different opinions. It is our solemn duty to work for the unity of the country,” the Chief Minister said.

“The anti-national forces were creating confusion in the mind of youth and the farmers and is misguiding them on certain issues,” he said, without referring to any particular topic.

He said that every citizen should be patriotic. “Prime Minister Narendra Modi has embarked on the mission on instilling patriotism amongst the citizens and make India “vishwaguru”,” Sawant added.

He said that the government has kept at its heart the goal of creating “new India”, which will be world leader in all the aspects.

Talking about Goa, he said that the initiative of “Atmanirbhar Bharat, Swayampoorna Goa” aims to make the coastal state into “Golden Goa” by reviving its strengths.