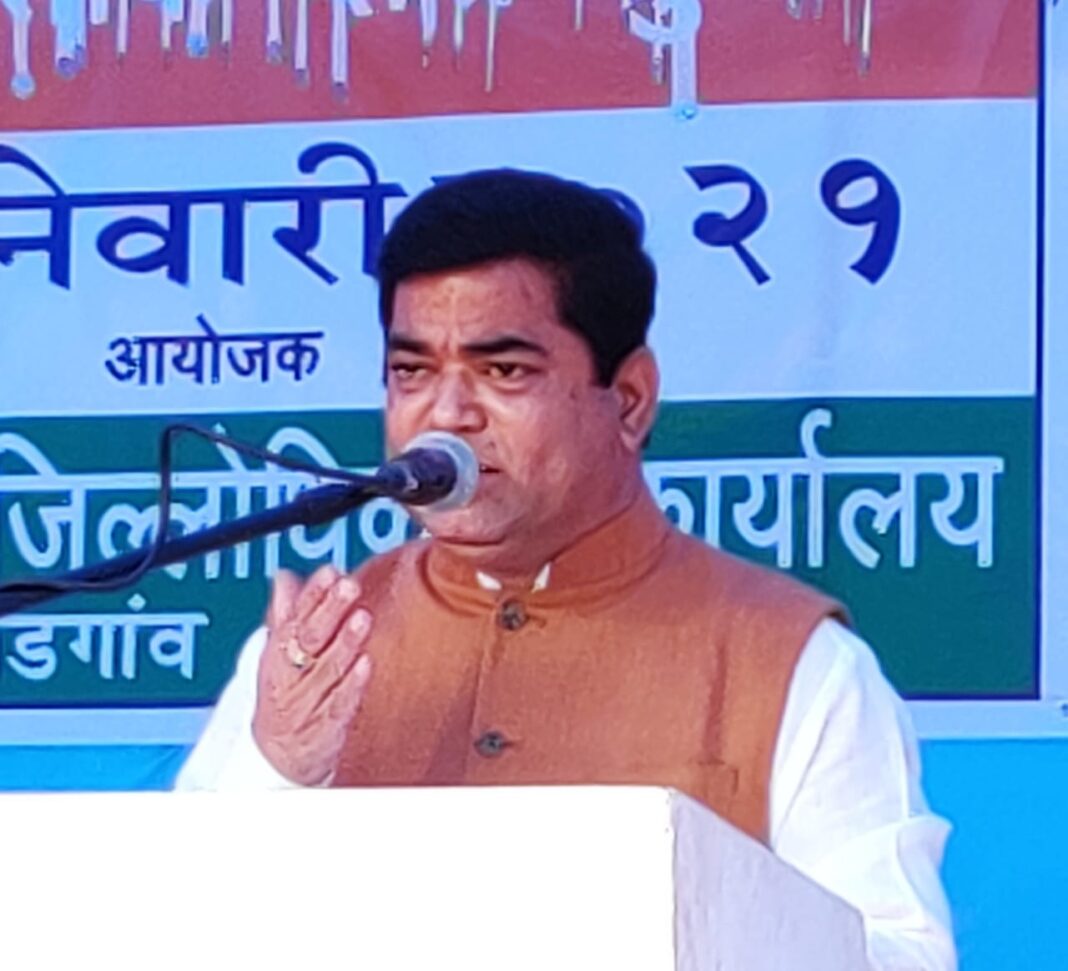 Margao: Deputy Chief Minister Chandrakant Kavlekar after unfurling flag at Republic Day Parade in Margao said that Rs five crore have been sanctioned by Goa government for Food Processing unit in the state.

In his speech, Kavlekar mentioned about ten important infrastructure projects initiated by late Manohar Parrikar which are at their various stages of completion.

He said that the state government has faired well even during pandemic situation by providing essentials during the crucial 90 days.

Kavlekar said that Rs 5 crore have been earmarked to promoted food processing industry in the state.

He said that the state government is procuring machinery by direct purchase from the source so that agriculturists do not have to wait for subsidy.

The DyCM said that due to implementation of various government schemes, the barren lands have been brought under cultivation.

He also appealed the people to encourage organic food, specially that is made in Goa.

Previous articleAnti-national forces were creating confusions in the minds of farmers, youth: CM
Next articleSt Cruz-Teleigao residents protest outside Pauskar residence, postpone agitation after the assurance