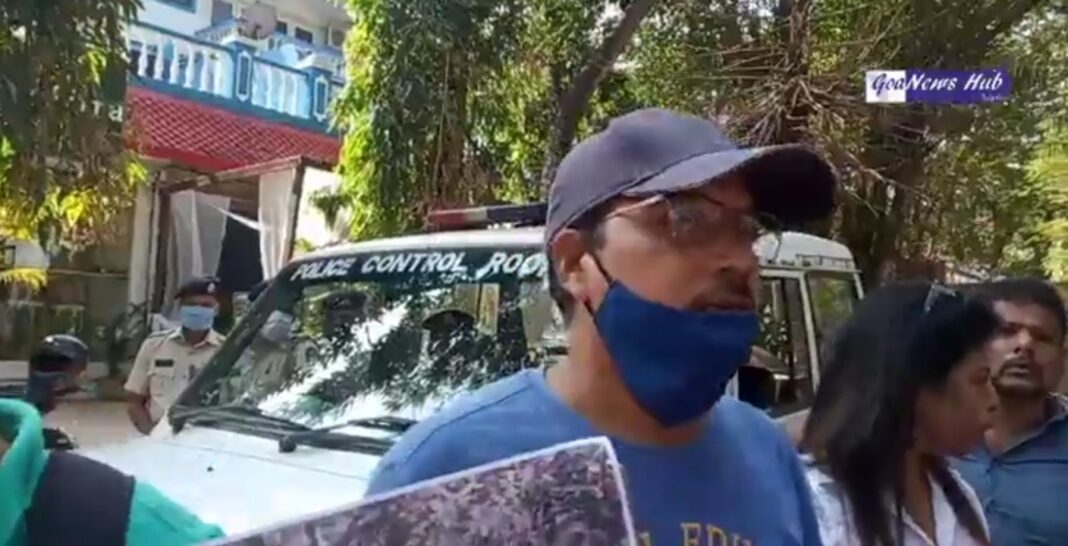 Panaji: The residents of St Cruz-Taleigao on Tuesday protested outside the official residence of PWD Minister Deepak Pauskar at Altinho demanding immediate repairs of the roads.

The protest, which continued over one hour, was withdrawn after St Cruz MLA Tony Fernandes assured to repair the roads by next week.

The road connecting St Cruz to Taleigao has been in a dilapidated condition over several years now with local MLA and the PWD officials failing to repair it.

This is the same road which is taken by locals to reach to Goa Medical College and Hospital during medical emergency.

After the local protested outside the PWD office at Junta House in Panaji on January 04, the officials had assured to repair the road within 21 days.

During 21 days, except for a minor patch work and drain works, no considerable development was seen on this road.

The locals on Tuesday decided to protest to continue pressure on the authorities. During the protest, the local MLA called to assure that the work will be taken up within a week.

Speaking to Goanewshub.com, Pauskar said that the work on the road will be taken up by next week. “The contract for the work has already been given,” the minister said.

The locals have now warned that if work is not started before February 05, the protest will continue infront of the house of the Local MLA.