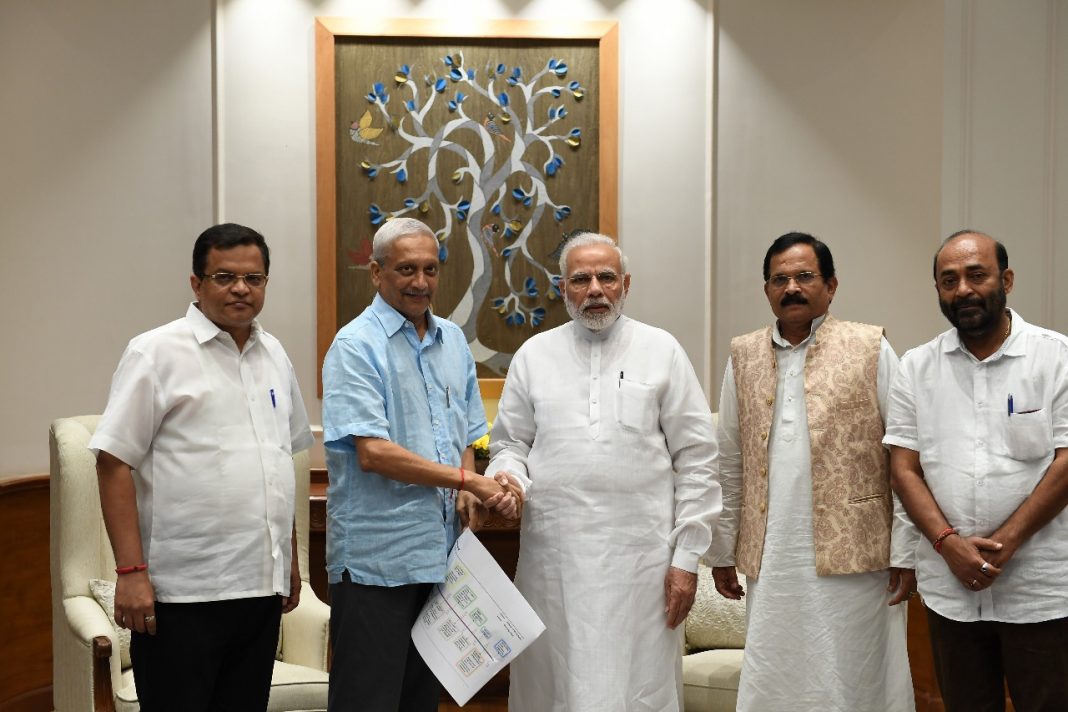 This is the first visit of Parrikar to Delhi after he has returned to India taking treatment from the USA for his ailment. Parrikar had returned to the State in June after which he was busy in meetings and also attended 12-day-long monsoon assembly session which culminated last week.

“Called on the Hon’ble PM Shri @narendramodi ji in New Delhi and briefed him on the mining issue and other development works in the State of Goa,” Parrikar tweeted immediately after meeting the PM in Delhi.

The Goa Legislative Assembly had, on August 3, passed a resolution urging the Centre to suitably amend the Goa, Daman and Diu Mining Concessions (Abolition and Declaration as Mining Leases) Act, to allow mining leases in the state to be operational till 2037.

The resolution also wanted the Union government to amend the Mines and Minerals (Regulation and Development) Act in order to give mining leases in Goa a 50-year tenure of operation.