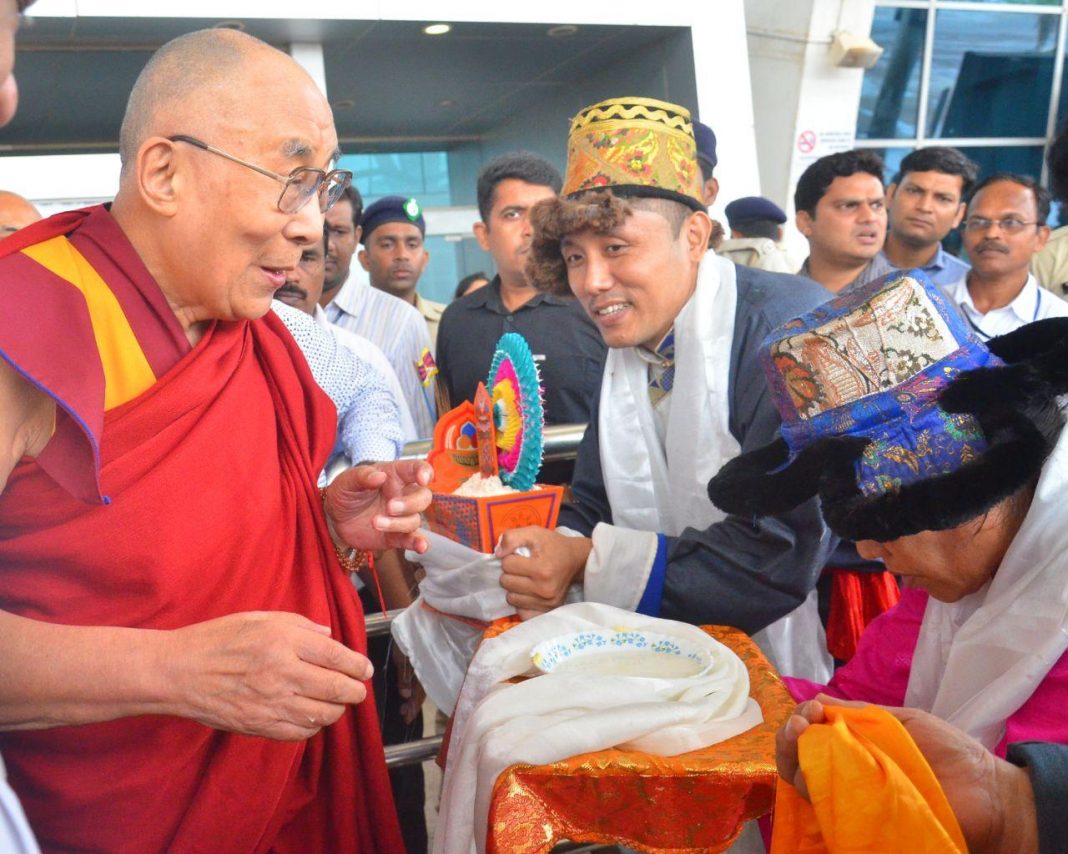 The Dalai Lama  has arrived to be present for the inaugural function of year long celebrations of 25 years of existence of Goa Institute of Management, a Goa-based B-Schoo on August 8.

His Holiness will deliver the key not address on the topic – Today’s Relevance of India’s Ancient Knowledge, the spokesman said.

The Dalai Lama was received at the airport by Panchayat Minister Mauvin Godinho.

During the year, the Dalai Lama Center for Ethics and Transformative Values at Massachusetts Institute of Technology (MIT) will also be conducting a six month intense programme for the faculty and members on the Board of Governors of GIM which will commence this month.

“The Dalai Lama Center for Ethics and Transformative Values at MIT focuses on the development of interdisciplinary research and programs in varied fields of knowledge, from science and technology to education and international relations.