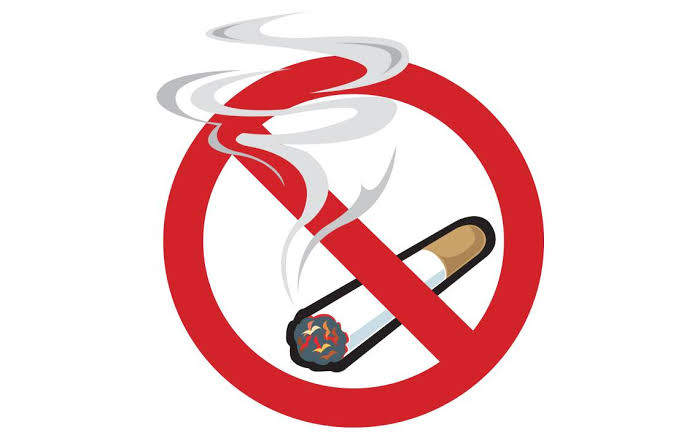 Panaji: On No Smoking Day, Civil societies , doctors, cancer victims urged the Government of India to remove designated smoking rooms at hotels/restaurants and airports to protect people from secondhand smoke. While appreciating the Government for initiating the process to amend COTPA 2003, they appealed for immediate removal of current provision that permits smoking areas to make India 100 percent smoke free and check the spread of COVID 19 infection in India.

“There is growing evidence that smoking is a risk for Covid infection. Smoking worsens lung function and reduces immunity. Smokers who develop Covid infection have more complications and greater risk of fatality. All designated smoking areas in hotels and restaurants and even airports should be abolished to ensure a 100% smoke free environment. Most of these designated smoking areas are rarely compliant as per COTPA requirements and are actually putting our public at great health risk from exposure to secondhand smoke,” *Dr. Shekhar Salkar,hon secretary,National Organization for Tobacco Eradication (NOTE) india .

In India, smoking is banned in all public as per the Cigarettes and Other Tobacco Products (Prohibition of Advertisement and Regulation of Trade and Commerce Production, Supply and Distribution) Act COTPA 2003. Section 4 of this Act prohibits smoking in any place to which the public has access. However, COTPA 2003, presently allows smoking in certain public places like restaurants, hotels, and airports, in designated smoking areas.

“Exposure to passive smoking happens in eateries specifically hotels, restaurants, bar & restaurant, pubs and clubs, risking lives of thousands of non-smokers by exposing them to the smoke of cigarettes. As cigarette smoke seeps from smoking areas to common areas, COTPA act needs to be amended, to not permit smoking in any premises. All places should be completely smoke free in the best interest of the public health,” appeals Ms Nalini Satyanarayan, a passive smoking victim and health activist.

Second-hand smoking is as harmful as smoking. Exposure to second-hand smoke causes many diseases including, lung cancer and heart disease in adults and the impairment of the lung function and respiratory infections in children. People with compromised respiratory and cardiovascular systems are at higher risk for severe COVID-19 severity and death. Designated smoking areas facilitate the spread of COVID -19 infection as smokers cannot socially distance or wear masks and are trapped in close proximity in a smoke-filled environment.

The Government of India has started the COTPA Amendment process and introduced the Cigarettes and Other Tobacco Products (Prohibition of Advertisement and Regulation of Trade and Commerce, Production, Supply and Distribution) (Amendment) Bill, 2020. A recent survey by Consumer VOICE conducted in India revealed that 72% believe second-hand smoke is a serious health hazard and 88% people strongly support strengthening of the current tobacco control law to address this menace.

“I applaud the Government of India for starting the amendment process of tobacco control law COTPA 2003 as this is an important step towards improving public health. There is an urgent need to strengthen the provisions for making India 100 percent smoke free and protect millions of Indians from tobacco related diseases and deaths,’ said *Mr.Ashim Sanyal, COO Consumer VOICE, New Delhi*

India has the second largest number of tobacco users (268 million or 28.6% of all adults in India) in the world – of these at least 1.2 million die every year from tobacco related diseases. One million deaths are due to smoking, with over 200,000 due to secondhand smoke exposure, and over 35,000 are due to smokeless tobacco use. Nearly 27% of all cancers in India are due to tobacco usage. The total direct and indirect cost of diseases attributable to tobacco use was a staggering Rupees 182,000 crore which is nearly 1.8% of India’s GDP. Tobacco use in all forms, whether smoking or chewing, is associated with severe COVID-19 casualties as per advisories issued by the Ministry of Health and Family Welfare .