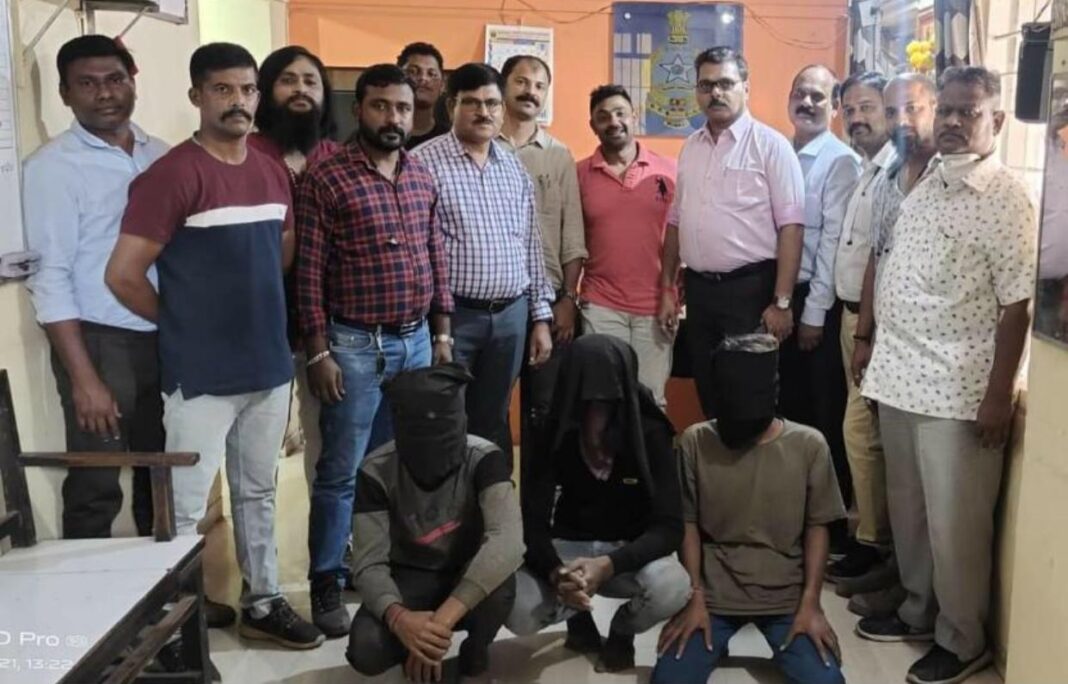 Fatorda: In a joint operation, Mumbai Crime Branch and Goa Police arrested three men, who had ran away from the coastal state by killing 85-year-old woman and her son-in-law on Monday.

Goa police spokesman said that the accused were arrested at Shivaji Park at Dadar, Mumbai on Tuesday when they were trying to flee to Jharkhand after committing the crime.

Caterine Pinto (85) and her son-in-law Minguel Miranda (65) were found dead at their residence at Ambaji, Fatorda.

The accused Ravinkumar Sada (18)(Bihar), Adityakumar Kharwal (18) and Akash Ghosh (20) both from Jharkhand were working with Miranda, who was contractor by profession.

Joint teams of Mumbai Crime Branch and Goa Police were successful in locating the accused near Shivaji Park, who were later taken into custody.

“The accused went to Mumbai by train and wanted to go to Jharkhand,” the spokesman said.

During the preliminary investigation, the accused have confessed that they killed both as Miranda had not paid them the salary.