‘Chronology’ is a film on suppression of women: Director Ali Aydin ‘Lilian’ was shot without any script with a five member crew working in shifts over nine months in between research on the protagonist of the true story: Actor Patrycia Planik 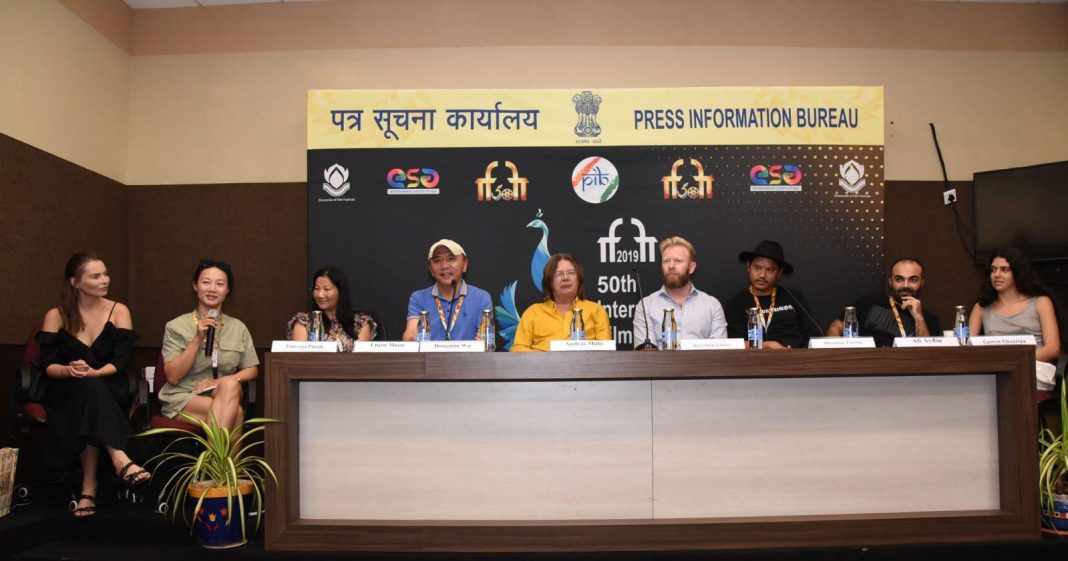 Turkish Director Ali Aydin’s film “Chronology” is a reflection of women’ plight of suppression in a largely male-dominated society. The Director stated, this film marks his protest against all the sufferings that are subjected to women. “I wanted to tell the untold stories and reality of women and reflexes of men in Turkey”, he said in a press meet at International Film Festival of India, here today. Cemre Ebuzziya, who played the role of the woman protagonist in “Chronology” accepted the role because she liked the script, had confidence in the Director and also that she liked the story. “These are stories which are not frequently told and I found it politically and socially important”, said Ms. Ebuzziya. Speaking about film industry in Turkey, Ali Ayidin said, Turkey has a rich culture where several cultures are intertwined which finds its reflection in their culturally rich film industry.

Patrycia Planik, who acted in Lillian, an Austrian film that traces the true story of an emigrant stranded in New York city and had resolutely started on a long journey to her native Russia, said, the film was shot without any bound script with a five member crew working in shifts over nine months in between research on the protagonist of the true story. The journey dictated the movie, she said. Ms Planick decided to experiment with herself to get into the skin of the character and went without make-up in the film. Shot in USA and narrated in documentary style, most of the actors in the film are the people they met on road in the route taken by the protagonist of the film, added the actor of Lilian. “The whole film was a beautiful journey and experience as a woman,” she further stated.

Speaking about the Chinese film “Vitality”, Director Dongmin Wu said, it is a movie of self-salvation and growing up. The film explores love in all kind of relationships, like between brothers, neighbours, couples and so on. This film upholds the common people in China and the stories of “great love” that exists in the country which can be made into movies, the Director further stated. “Vitality” is a contender for ICFT UNESCO-Gandhi Medal in IFFI 2019.

Dhondup Tsering, the Director of Ama Khando, narrated the difficulties he faced in shooting at high altitude with a six member crew and all newcomer actors. The film is about an uneducated single mother, who has been living in the mountains and wants to educate her son. The film takes us through every day in her life as the fateful day when she must execute the painful decision draws closer. Mr. Tshering said, Directors show interest in making independent films in his country Nepal.

“I Am Woman” is a bio-pic on singer Hellen Reddy, whose 1975 song “I Am Woman” became the anthem for women’s movement in US over the years to come. This film has been chosen in World Panorama Section in IFFI this year. It’s a big responsibility to make films on people who are alive, said the Director. “Hellen Reddy was so touched by the film that she broke down by the end of the film”, she further added.

‘X-The Exploited’ made by Hungarian Director Karoly Ujj-Meszaros is a noir thriller where two Hungarian detectives team up to re-examine whether a string of suicides were actually murders with roots in their country’s dark communist past.

‘Fiela Se Kind’ is based on the best –selling novel by Dalene Matthee. It tells the story of a coloured woman living in the arid Karoo who takes in a lost white child and raises him as her own. Praising IFFI, Director Brett Michael Innes said, “It’s a great honour to be here and see how people embrace cinema. It’s not always the case in other parts of the world.”