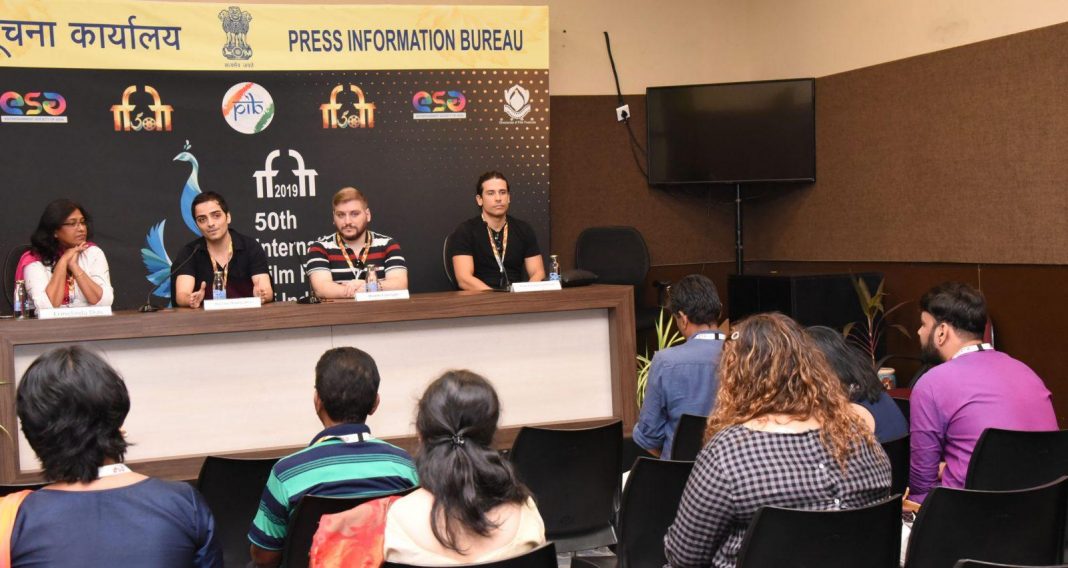 “Marghe and Her Mother” is very realistic film incorporating elements of Italian Neo-realism and Iranian New wave Second generation   as it tries to show how the life of Claudia and her daughter Marghe changes due to economic troubles, said Maysam Makhmalbaf  who is Producer, editor and DOP of movie. He was speaking at the press conference on the last day of IFFI Goa. Marghe and her Mother will be closing film of the festival. Actors of the movie Danilo Gluseppe  Paolo Carmine Santeramo were also present on this occasion.

The film is directed by world renowned Iranian Master Mohsen Makhmalbaf who has made 10 films in different countries. All his films try to portray the soul of the country in which the film is made. This is his Italian debut and it shows the reality of life in Italy. There are three power centres in Italy, namely Central government, Church and Mafia, Maysam said to the press.

“There is difference in censorship in the West and the East. While censorship is ideological in the east, it is influenced by money in the west.” Maysam  Added.

Mohsen Makhmalbaf believes in making realistic films. For him it is the actor who is the most important element in his film as against the camera which is perceived as more important than the actor.  In ‘Marghe and her Mother’ up. Real life is portrayed using first time actors and dialogues are not dictated by the Director but emerge from the hearts of the actors.

Speaking further on Mohsen’s film-making style, Maysam said “There are three layers to his films, first is entertainment second is social, psychological and philosophical meaning and third is magic of the film. Magic of the film lies in audience not being able to tell exactly what they liked about the film.” he added. For Mohsen, the Master, the subject matter of the film decides its genre and not vice-versa as happens is mainstream films.

Very minimal music was used in the film. The whole movie was shot from hand-held camera…  Actors Danilo Gluseppe Paolo and Carmine Santeramo who are making their debut said that whatever they did in the movie was possible due to training of Mohsen Makhmalbaf.

Previous articleCourt hears final arguments on petition over Deputy Speaker Isidore Fernandes’s Portuguese Nationality
Next article‘Chronology’ is a film on suppression of women: Director Ali Aydin ‘Lilian’ was shot without any script with a five member crew working in shifts over nine months in between research on the protagonist of the true story: Actor Patrycia Planik