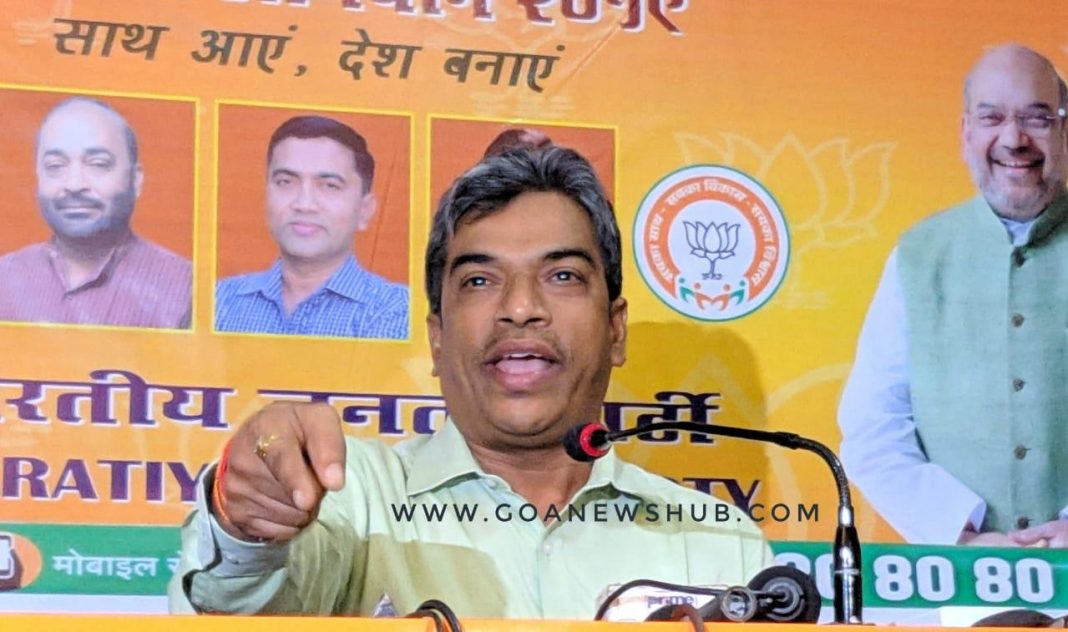 Panaji: A day after Goa Forward Party (GFP) held meeting at the Samadhi of former chief minister Late Manohar Parrikar, BJP on Sunday said that the alliance partners had violated the sanctity of the place by holding such politically motivated public meeting.

BJP Goa Unit Spokesman Damodar Naik told a press conference that the alliance partners were wrongly swearing by Parrikar with claims that they were in coalition to keep the word given to the former chief minister.

“We condemn the incident of yesterday (Saturday). Some people (without naming goa forward party) were misusing the place where tallest leader like Manohar Parrikar has been laid to rest,” he said.

During the entire press conference, Naik did not name Goa Forward party but accused them of stopping down the lowest level of violating the sanctity of the place.

Goa forward party after being dropped from the cabinet had castigated BJP for going back on their word.

Naik said that the leaders during the meeting used words like Parrikar died twice, which indicates their lowest mentality. “We will not allow anyone to misuse the name of Parrikar for their political gain,” he said.

“BJP has strong enough to take ahead the legacy of Parrikar. Others need not worry about it,” he said.

The BJP spokesman said that the coalition partners did not help the BJP in comapaigning during the Lok Sabha election.

Naik questioned why the coalition partners were bargaining for better posts and portfolios after Parrikar’s death, if they had continued their support to the government as a part of assurance given to him.

Responding to a question whether having coalition with GFP was a wrong decision, Naik said “ Parrikar took the right decision at right time to help the party.”

“Now whatever steps are taken (to drop them) are in accordance to the constitution,” he added.