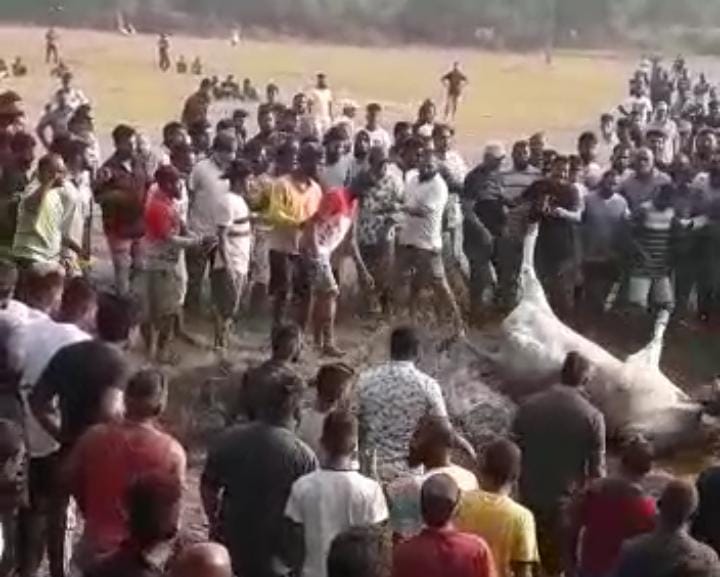 Colva: People For Animals (PFA) has filed a formal police complaint against the incident of Dhirio at Benaulim.

PFA’s Norma Alvares, in a complaint filed with Colva Police, has pointed out to the incident.

“I am writing to you from People for Animals (PFA) – Goa. As you know PFA-Goa, founded in 1996 is the first animal welfare organisation to be registered in the State of Goa and has a long record of working for welfare of animals,” she has said.

“We are writing to report a criminal incident involving animal cruelty. On 16th FEBRUARY, some people organized a bull fight – which is also popularly known as Dhirio, and one of the bulls was brutally attacked and almost killed, however it survived in the end”.

“The incident took place in the Benaulim fields area. Kindly see the images of the bull fight leading to the death of one bull,” she said.

“It is alarming that more than 30 different Dhirio incidents have been reported to have taken place in the Colva Police Jurisdiction just in 2021, i.e. less than six weeks, at an average of more than five bull fights per week just in Colva. This is both an alarming and unprecedented trend.”

“The bull fights or ‘dhirios’ are in contravention of the provisions of the said (PCA)Act.”