100 crores on celebration but basic necessities not provided to Goans. Why are Goan roads in such bad conditions? :AAP questions CM sawant. 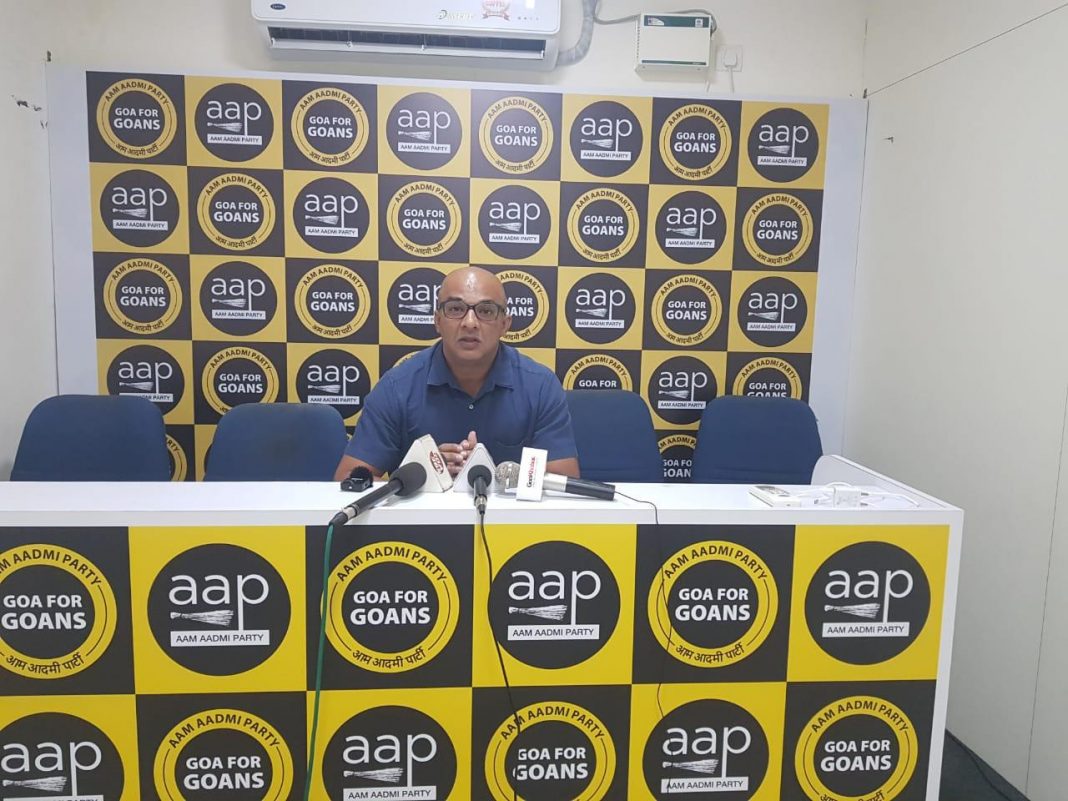 Although Christmas is just round the corner for Goans it is going to be a rough and bumpy one thanks to the callousness of the government alleged Aam Aadmi Party.
The roads in Goa are in a pathetic condition and what is particularly appalling is the fact that roads inaugurated just a year ago are practically unmotorable said AAP spokesperson Sanjay Telekar.
Speaking to media persons he pointed out that 7.4 kms long sea link to National Highway which is named after late Manohar Parrikar who died while in office.

“It is shocking to see the condition of this link at present as it is practically unmotorable,” he said pointing out that the depressions in the road make the road unusable.
Although the link has 4 lanes and the prescribed speed limit is 80 kms per hour that speed cannot be achieved nor can the 4 lanes be used thus the link doesn’t reduce the time taken to travel to Mashem.
Sandesh pointed out that work on the link that was built spending Rs 300 crore started in 2015 and the soil used to fill up the fields through which it goes was not given time to compact.

“It is disgraceful that chief minister Dr Pramod Sawant is showing such scant respect to Manohar Parrikar the person who groomed him to be the CM as the road named after Parrikar is in shambles,” he said.
He demanded that the link be repaired immediately as the contractor is responsible for its maintenance for five years and the government to get the contractor repair the road before the new year.