Wife of Clafacio Dias booked for trespassing in government property 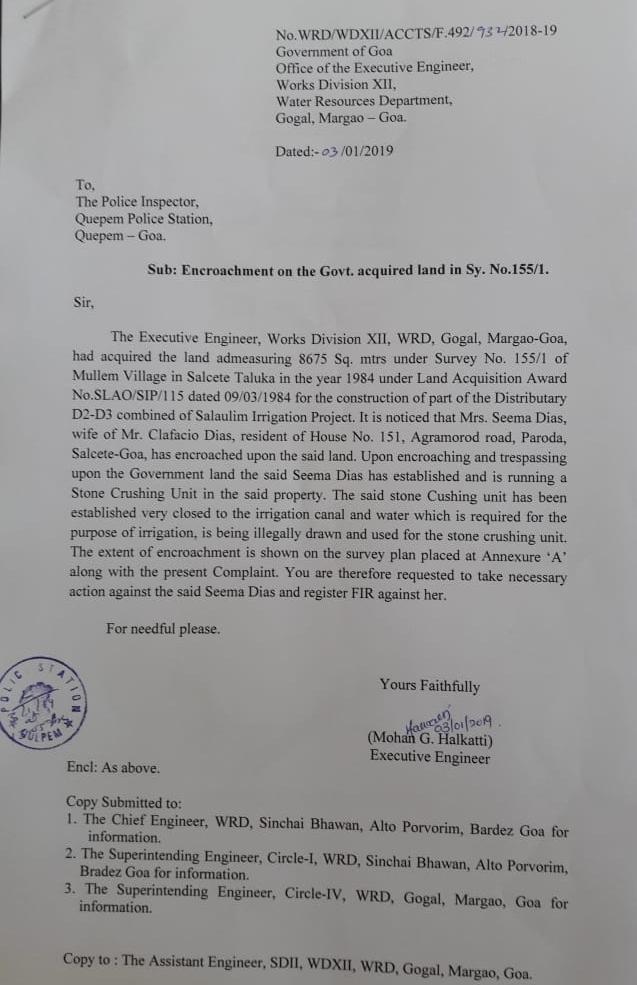 The issue was also raised during the Goa Legislative Assembly Session held last year in which NCP MLA Churchill Alemao had pointed out that the company owned by Dias had encroached into the property beloging to State Water Resources Department, which was acquired as a part of dam project.

Quepem Police Inspector Brunato Paxito said that the FIR has been filed against Seema Dias after WRD filed formal complaint.

“We are still investigating the case. It would be decided whether when we will call the accused for statement,” he said.

WRD’s Executive Engineer Mohan Halkatti had claimed that Seema Dias had encroached into the property at Mullem village in Salcette taluka.

“Upon encroaching and trespassing upon the government land the said Seema Dias has established and is running a Stone Crushing unit in the said property,” the complaint mentions.

The said stone crushing unit is established very close to the irrigation canal and water is being illegally drawn from there, the department has said.