We will encourage more farmers to take up sugarcane cultivation: Narendra Sawaikar 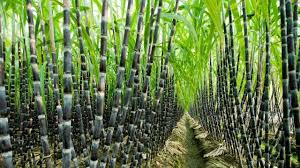 Panaji:The newly formed committee to revive the lone and ailing Sugar factory in the state will work towards encouraging more farmers to cultivate sugarcane in the state’s rural belt, a senior functionary said.

Goa government, this week, notified 23 member committed led by former Member of Parliament Narendra Sawaikar to recommend appropriate measures to resolve the various hardships faced by the sugarcane farmers in the wake of closure of state’s lone sugar factory.

Sanjivani Cooperative Sugar Factory located at Usgao village in South Goa has been shut since last year due to mounting loses.

“The immediate task before the committee is to ensure that the sugarcane, which is harvested by the farmers should be sent for crushing (processing),” Sawaikar said.

He said that last year, the sugarcane was sent to a factory outside Goa, as the Sanjivani remained shut. “This year too, we will have to work out similar arrangements,” he said.

Sawaikar said that around 30,000-35,000 metric tones of Sugarcane is harvested in state’s rural areas of Sanguem, Quepem and Sattari with more than 850 families of the farmers depending on this crop.

“There was a time, somewhere in 1990-91, when 1.5 lakh metric tones of sugar cane was produced in this belt. But subsequently, the cultivation has decreased and it was almost 40,000-45,000 metric tones till two years back,” he said.

Sawaikar said that the committee will work towards encouraging more farmers to take up the cultivation reviving the entire sector. “We want to give glory of yesteryears to this cultivation as farmers have left the cultivation due to various reasons,” he said.

The former MP said that the after sorting out the initial tasks like crushing and reaching out to the farmers to increase cultivation, the committee will also discuss about future of Sanjivani factory. “We will take call on it at right time on what basis it can be run,” he said.