Foundation stone laid for re-construction of culvert at Quepem 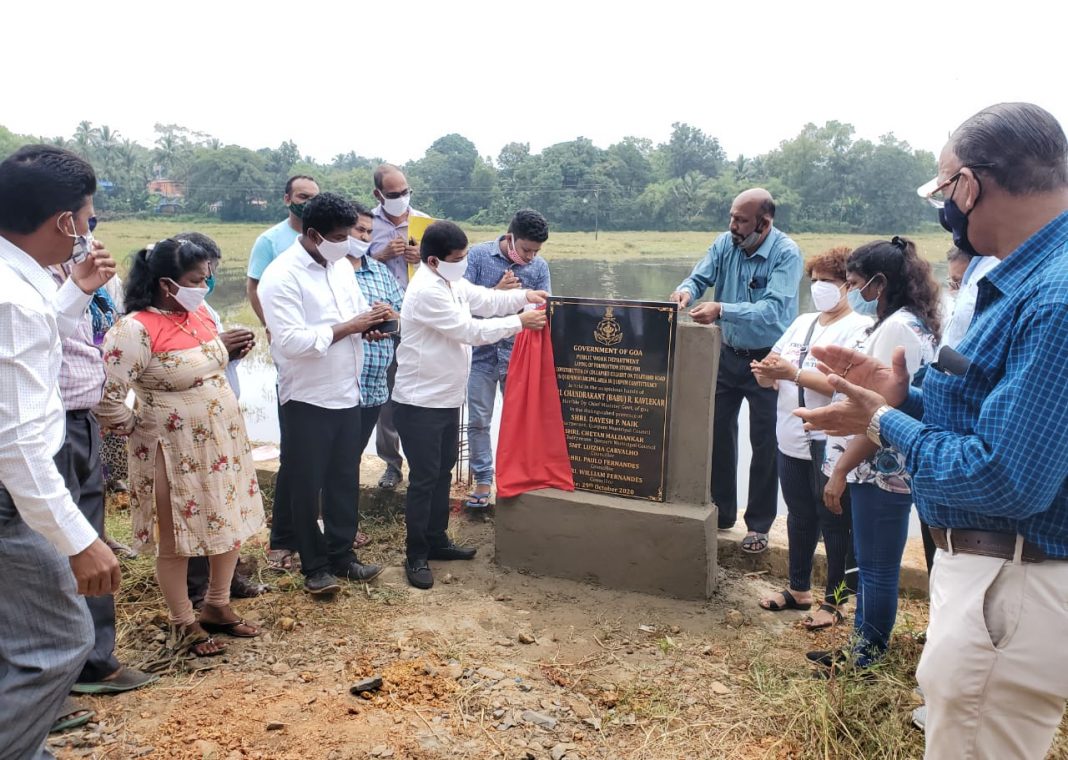 Panaji: Deputy chief minister Chandrakant (Babu) Kavlekar laid foundation stone for re- construction of collapsed culvert on Toleband road in Quepem Municipal area in Quepem Constituency on Saturday. Chairperson Dayesh Naik, Vice-Chairperson Chetan Haldankar, ward Councilor Luiza Carvalho, Councilor Paulo Fernande and William Fernandes, Ambaulim Sarpanch Jacinta Dias, Ex Chairperson Catty Fernandes, Frankay Gonsalves and local residents were present during the ceremony.
While speaking on the occasion deputy chief minister Babu Kavlekar said that, “this was a very important work. When the old culvert collapsed, there was a great deal of inconvenience that was caused  to the public at large. Despite going through tough times regarding funds, this work costing around Rs 54 lakh was immediately approved by chief minister Dr Pramod Sawant.”
Adding that few more projects have been approved by the CM, Kavlekar said, “Dr Pramod Sawant led Goa government is working by respecting sentiments of the public. There are major development works being carried out in Quepem area. Karale to Quepem Road widening work is in progress. Also, the market building being constructed for Quepem Municipality is almost complete and due to opening very soon. A new police station building foundation was recently laid by CM in my presence. Also road widening and railing work worth Rs 1 crore 31 lakh is also under process. A new bus stand and multi storied building is being planned for Quepem. Some beautification projects are also being planned for Quepem area,” Kavlekar said. He also thanked all his supporters who have backed him unconditionally when he shifted from Crongress to BJP.
While speaking on the occasion chairperson of Quepem municipal council Dayesh Naik, said that the culvert was an important one for the area and it reconstruction  along with planned projects for Quepem are possible only because Kavlekar shifted to a ruling party. The program was compered by ex Chairperson of Quepem Catty Fernandes.