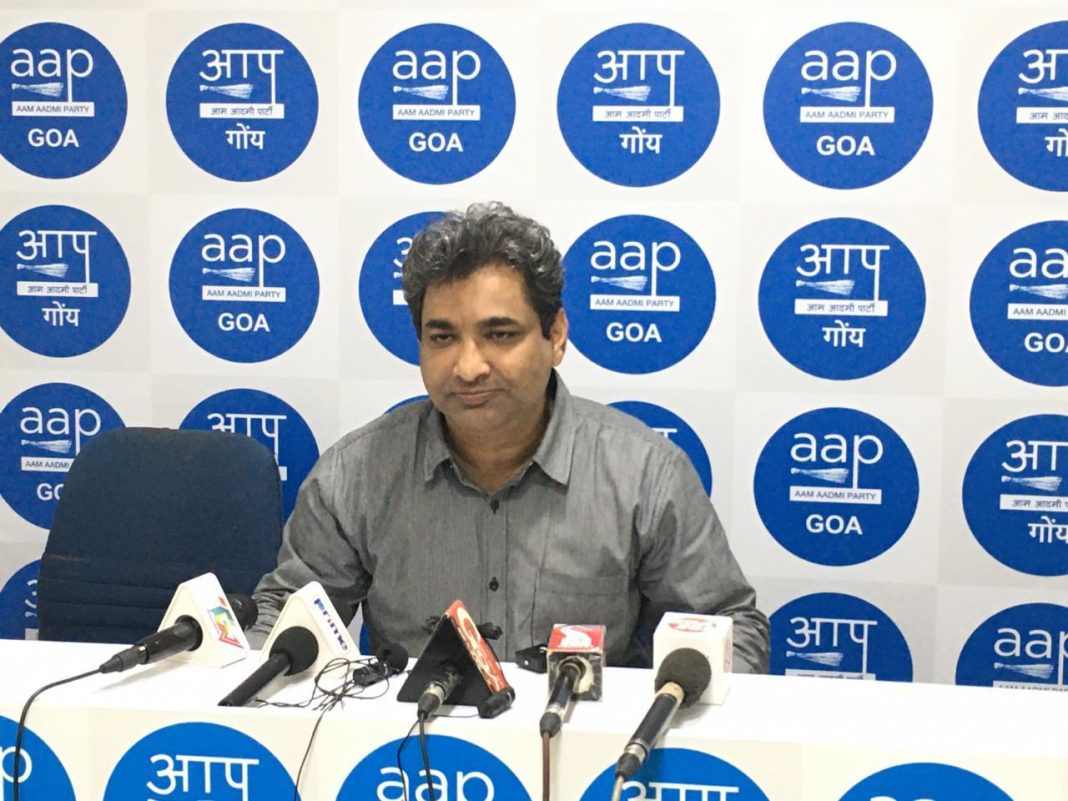 Panaji: Aam Admi Party’s oximeter drive under ‘Goans against Corona’ campaign a big success, said AAP Goa convener Rahul Mhambre. Speaking about the difficulty faced by the people in the state due to the outbreak of pandemic Mhambre on Saturday said Goans who were clueless about covid due to lack of information from Goa Government was totally unprepared for the pandemic and felt at a loss. “Goans who are used to greeting each other with a handshake if not a hug had a tough time during the lockdown where contact was forbidden,” said Rahul.
“Even medical facilities were woeful with Covid patients made to sleep on the floor at GMC and ESI hospital turning away patients due to lack of beds,” Mhambre said alleging that the government had failed to attend people’s need.
Hitting out at the government, Mhambre said, “At a time when the BJP government was uanble to provide even the basic amenities to the people AAP launched the ‘Oximitra’ campaign which assured the people of their oxygen level.”
“Aam Aadmi Party’s oximeter campaign that was launched on September 9 has proved to be very successful as over 2 lakh households have been covered so far. In fact while the BJP govt remained clueless on how to deal with the pandemic AAP stole a march with the oximeter campaign,” Mhambre informed.
“We donated 500 oximeters to patients in home quarantine and who were in need of checking their oxygen levels,” said AAP Convener Rahul Mahambre.
He applauded the around 500 AAP volunteers who visited the 2 lakh households and said all households in the state would be covered by November 15.
“The oximeter campaign has in a way helped connect patients and people to the Primary Health Center,” he said while admitting it also popularised AAP with the people.
“People of Parra for example sternly told Michael Lobo’s wife that the BJP was not doing anything and also stopping AAP which is helping people,” he said.
- Advertisement -