Ward No.2 Velus villagers will finally get footpath to walk By Devendra Gaonkar 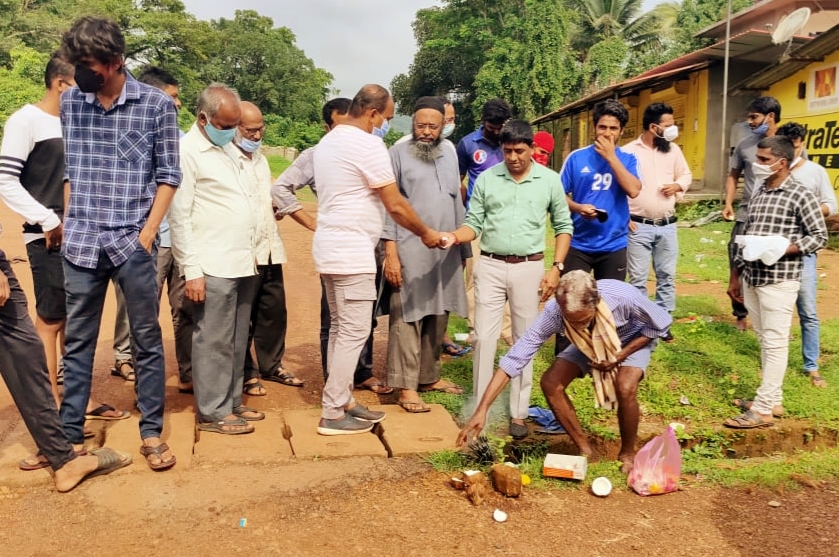 Valpoi : Some good news for Ward No. 2 vellus villagers. The residents and school students of the village will now have an access to footpath for their daily commute. The demand was made almost two decades ago but the concerned authorities paid deaf ear to the grievances of the people. But, finally the ward no.02 councillor, Ramdas Shirodkar, has started the work of constructing the footpath in Velus village in presence of villagers, who got a big relief.
The foothpath is 300 meters long and it will be worth Rs 29 lakhs. The footpath is said to be ready in the next two months.
“It was a long pending demand of High School and Primary school students and ward no.2 Velus villagers to build the footpath on the main road side of the village. Students were facing the problem while walking on the road and also the travellers were facing the problem while driving the vehicles on this route. So from today onwards we have begun the work of footpaths with the help of our local MLA Vishwajit Rane,” said Ramdas Shirodkar, Councilor.
Shirodkar further added that the footpath work will complete within the two months. “We have to shift the electrical poles aside, otherwise it will create problems, while putting footpaths. Firstly we will put the concrete and on concrete we will put the good quality pavers.”
Villagers are highly impressed by their councilor’s effort.
“Ramdas Shirodkar is doing the good development works in our ward no.2 Velus village. He is fulfilling all our ward development works step by step,” said Amresh Gaonkar, a villager.