Tobacco products are sold alongside Toffee, Chips in Goa: Study 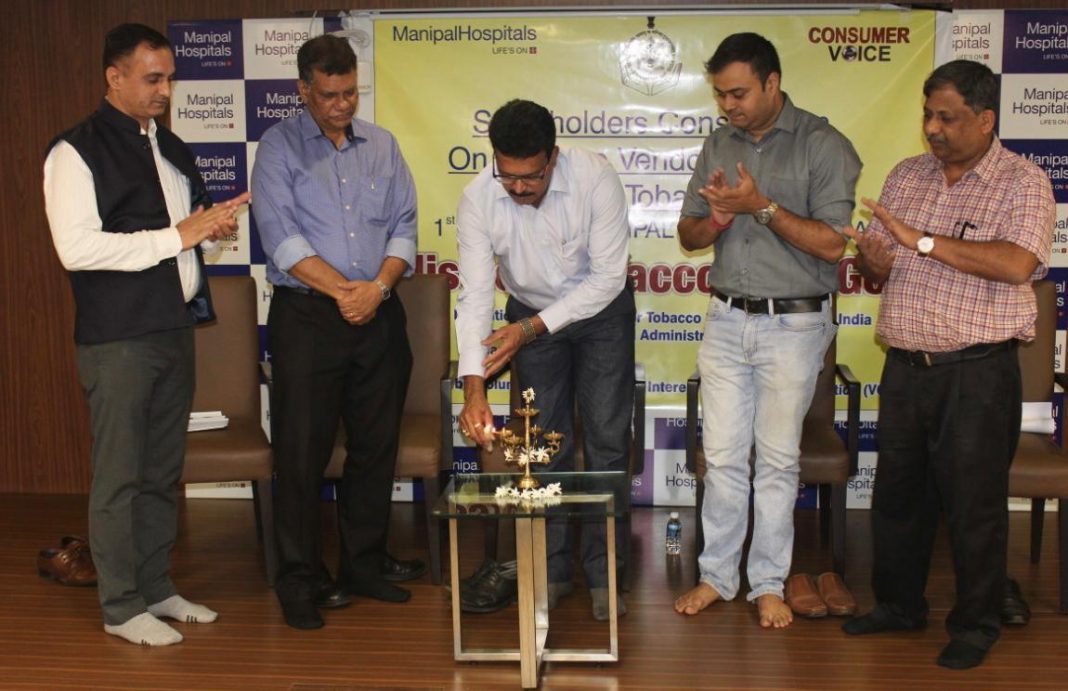 Dona Paula: National Organization of Tobacco Eradication (NOTE) Goa, Consumer VOICE- a New Delhi based non-profit organisation Working on tobacco control issues in the state of India, directorate of Muncipal administration  govt of goa and Manipal Hospitals Goa today organized a consultation of stakeholders at the Conference Hall at Manipal Hospitals Goa on 1st Nov 2019, to discuss the implementation of Government of Goa’s policy on mandating licensing for vendors who sell tobacco products.

Global Adult Tobacco Survey 2 (GATS 2) released by Ministry of Health and Family Welfare (MoHFW) in year 2017,shows 9.7 % percent of adults in Goa consume tobacco in some form or the other. On February11, 2019 the Department of Urban Development of Goa issued a circular (10/56/2014-DMA/3416) directing all urban local bodies in Goa to develop mechanism to provide permission/authorization/ vendor licensing through ULBs (Urban local bodies) to retail shops selling tobacco products with restriction on sale on non-tobacco products as candies, chips, soft drinks etc.

On the occasion Dr. Shekhar Salkar, Secretary NOTE said “We heartily thank the GoaGovernment for issuing the order on vendor licensing. He called ULB to implement it in letter and spirit for saving lives of future generations”.

Mr. Amarjeet Singh, Advisor Legal,Consumer VOICE, Delhi made a presentation on tobacco vendor licensing and told that “Our recent study pointed that the density of tobacco vendors is too high even in residential areas as we found 198 tobacco point of sale in 2 areas of Goa. We observed several violation of COTPA at PoS.The Vendor licensing order issued by Department of Urban Development can be very effective in tobacco control.” he added.

Shri Sanjit Rodrigues- Commissioner of the Corporation of the City of Panaji, talked about role of municipal bodies in tobacco control in the state.and extended his full support.

Mr. Pramod Acharya Editor of Prudent Media mentioned about importance of media in tobacco control. He explained how media can help to decrease tobacco consumptions by people.He also asked ngo’s to find out ways to tackle indirect advertising on social media which is targeting youths.

Consultation ended with panel Discussion on the “needs and strategies for tobacco vendor licensing to protect our younger generation “
followed by open session. Health Expert/Doctor, Head Tobacco Control Cell, Officials from Health and Urban Development Department, Police Officials along with others actively participated in the workshop.