Those who have arrived from outside, get yourself tested, you are under scanner 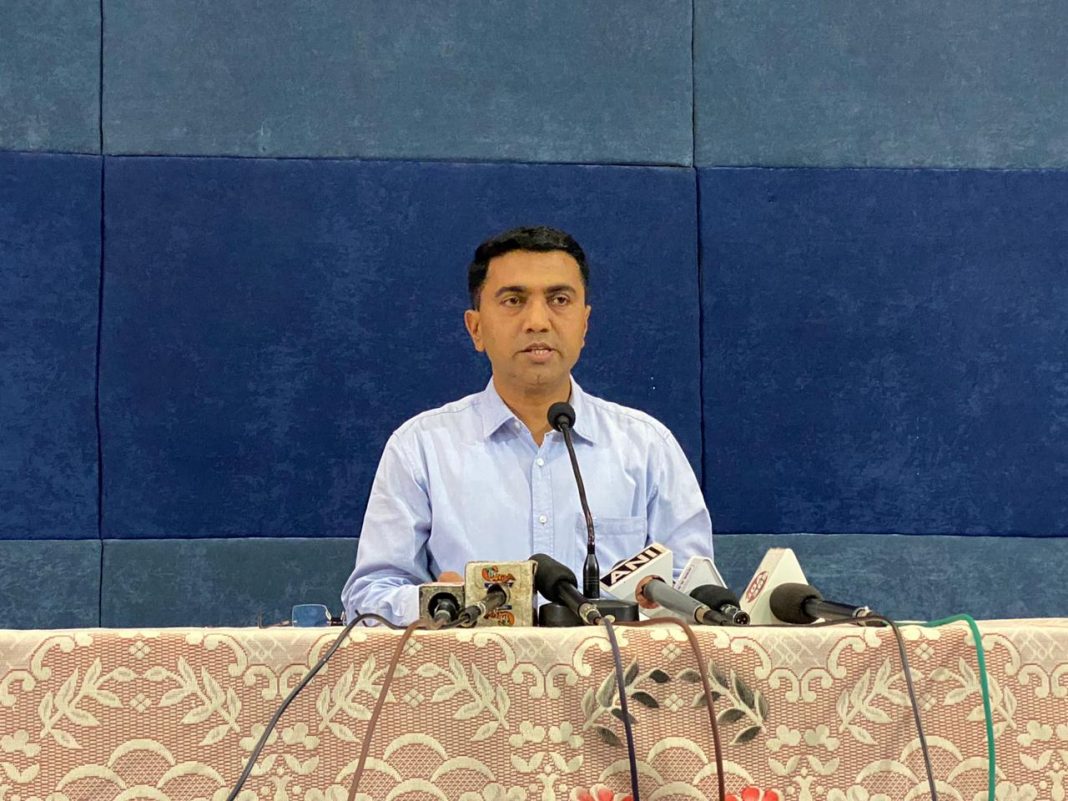 Panaji:  Goa chief minister Pramod Sawant on Monday warned all those who have arrived in the state and have escaped tests, would be taken for checking, even if they are unwilling to conduct test.

Sawant chaired state cabinet meeting on Monday to discuss the impending situation in the state. The chief minister said that there are some Goans who have returned from outside the state and are yet to get thesemselves checked.

“We appeal them to approach local Primary Health Centres (PHC) for testing. If they escape doing it, we will be getting them for checking,” he said, adding that all the stringent measures are taken to avoid spreading of Coronavirus.

Goa on Sunday evening extended the ‘Janata Curfew’ in the state till mid-night of March 25. The state has also sealed the borders for inter-state travelers.

“No tourist taxi/Yellow Black taxi would be allowed to ply inter-state except for medical emergency till March 31. Private cars with Goa registrtion carrying up to four persons would be permitted,” he said.

The chief minister said that last night (Sunday night), he visited border checkpost at Keri (North Goa) from where he sent back a bus which was carrying the passengers from Karnataka.

“We alighted all the Goan passengers and rest were sent back. We have sealed the borders completely, except for essential commodities,” he said.

Sawant said that police teams led by an officer to the rank of Police Inspector has been posted round the clock on the border.

The chief minister admitted that the state should have understood gravity of Covid-19 related situation. “We realized the gravity of the situation only after video conferencing with the Prime Minister,” he said.

Sawant said that till now, there is no positive case in Goa and all efforts are made to maintain the same situation.

“Next eight days are important. We all should cooperate towards the measures taken by the state government,” he said.

Sawant also said that all the functions related to ‘Gudi Padwa’ stands cancelled while section 144 of CrPC has been imposed in the state.