There will be spike in COVID-19 cases in Jan: Vishwajit Rane 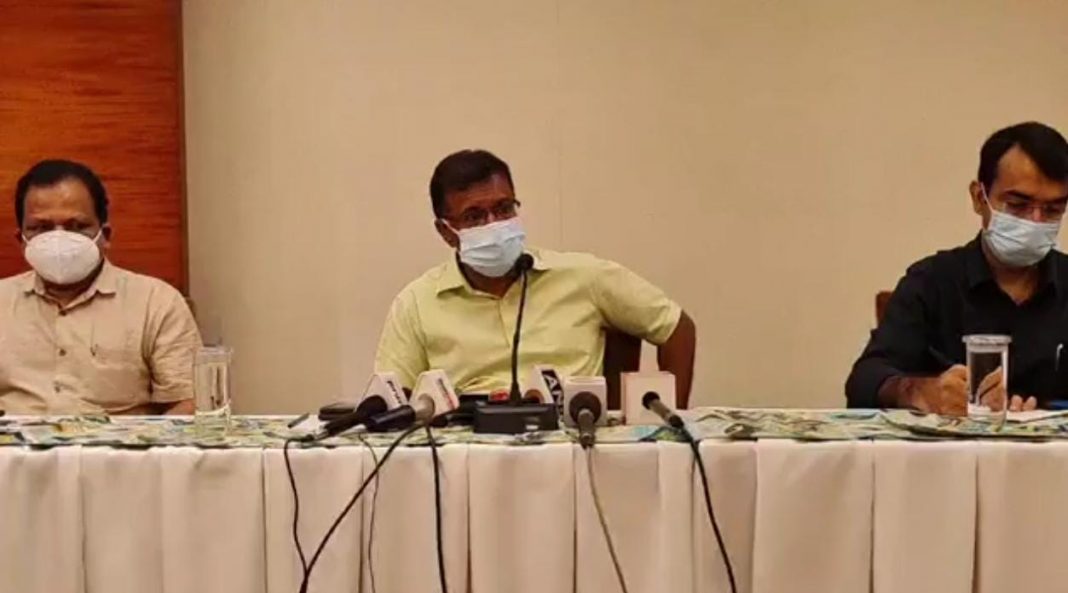 Panaji: While predicting spike in the COVID-19 cases in the month of January, State Health Minister Vishwajit Rane on Saturday appealed tourists to take precaution as “Goa is not Banana Republic.”

Rane was addressing media persons after chairing the high level meeting on COVID-19 in the state. “People have been told several times to wear mask and have events where you can have social distancing. But many a times this is not happening,” the minister said.

“There is cross mixing between state of Goa and people from outside. There is a possibility of spike in the month of January,” he said referring to the recently held New Year celebrations in the state.

Rane said that those who are not abiding the Standard Operating Procedures (SOPs) are putting life of others including doctors, healthworkers at risk.

“Why do you want to put life of doctor, health workers at risk and load on health infrastructure? Government can bring any kind of SOPs but if people are not going to cooperate it is not going to help,” he said.

Rane said that curfew cannot help unless people abide by the SOPs.

“Tourists should realise that though they are going to enjoy but should also have safety. I saw that 60 per cent of the people at the airport were not wearing masks,” the Minister said.

“We need to be cautious as a state. We want people of Goa to be safe. Business activity should continue but people should have caution. Goa is not ‘banana republic’,” Rane commented.

The minister said that night clubs will have to ensure that the strict implementation of SoPs and if that is not happening, the action would be taken against them.

“Leniency should be used judiciously. We are in the state where business should thrive. Some people feel that it is fashionable to wear the mask below the nose,” he added.

He also said that his department would propose to increase the fine for not wearing the mask to Rs 500.