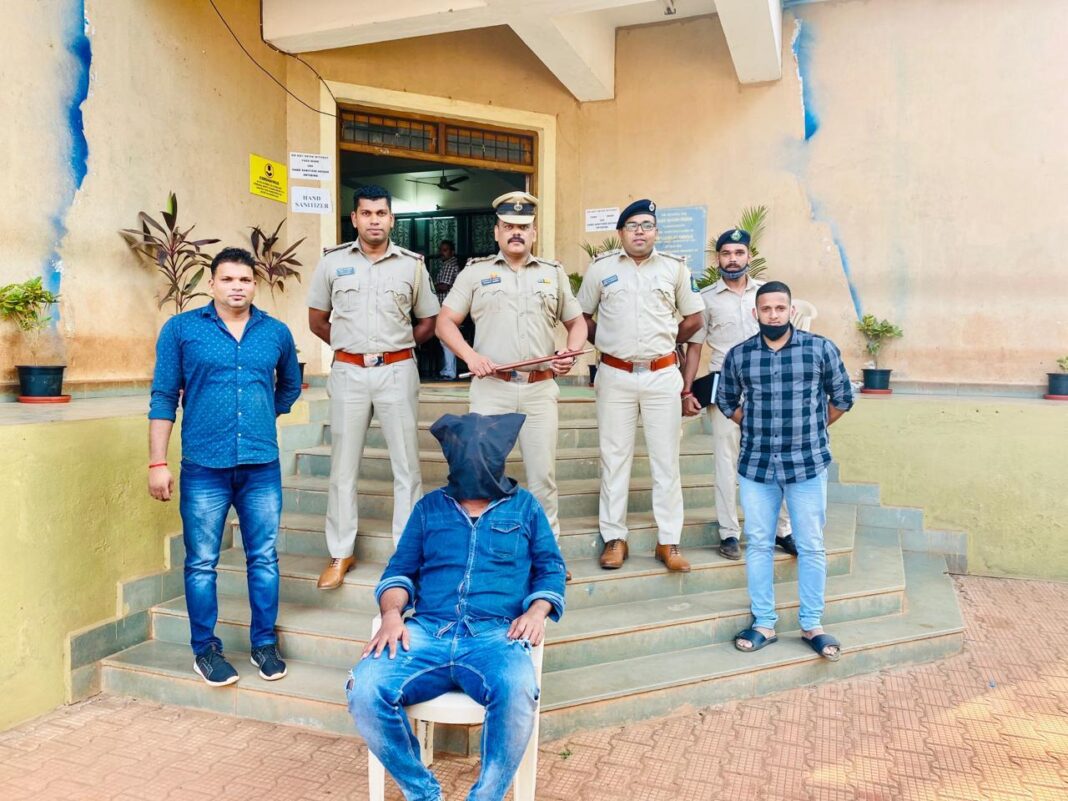 Pernem Police have arrested one Tamil Nadu native for illegal possession of Ganja.

As per PI Jivba Dalvi information was received from reliable sourced that one person is involved in durg activities at Palyem, Pernem – Goa.

Further on 13/01/2021 police traced the accused person at a rented room in Palyem and conducted a surpirse raid during which the narcotics drugs Ganja was found to be hidden in the kitchen of the said room.

The ganja was immediately seized and taken into custody under the panchanama. The seized Ganja weighed around 1.600 kilograms and is worth Rs.1.5 lakhs in international market.

The raid was conducted at 10 pm and continued till midnight.

An offence under section 20(b)(ii)(A) of NDPS Act has been registered.

PI Dalvi informed that this year also the strict action against drugs will carry on in the coastal areas of Pernem. Last year they had booked a total of 19 cases and seized drugsin excess to Rs. 1 crore.

Further investigation is in progress under the supervision of SDPO Gajanan Prabhudessai and SP NORTH Utkrisht Prasoon IPS.