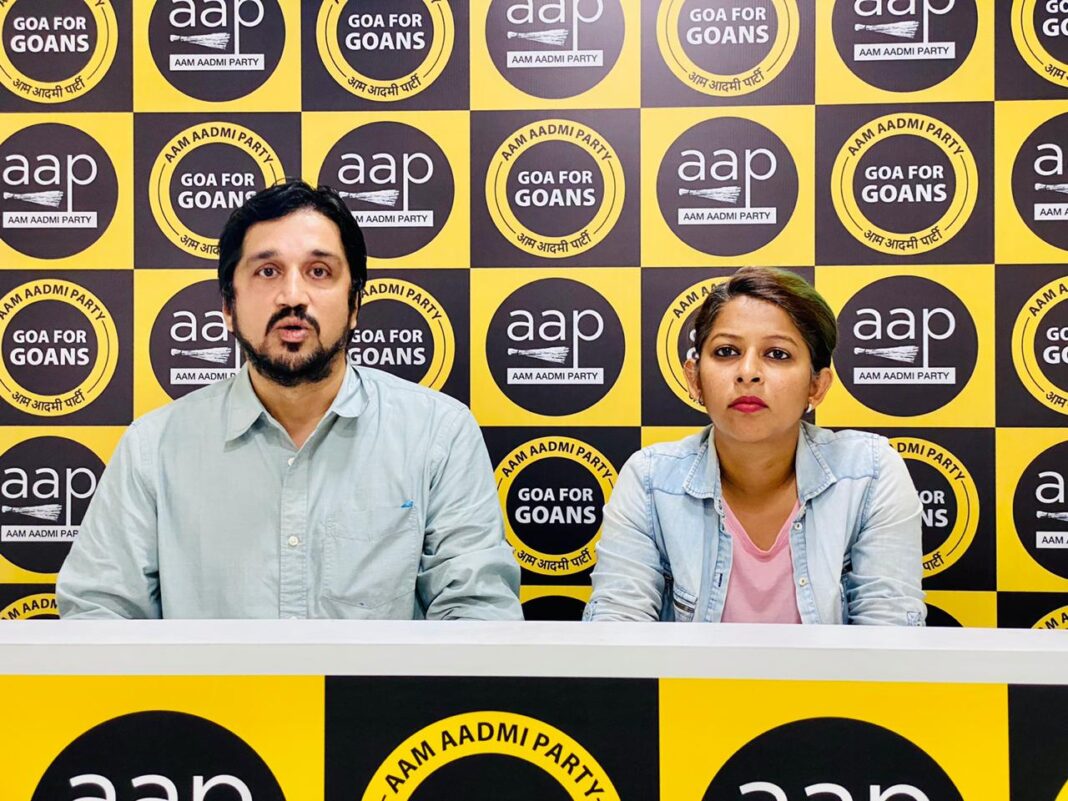 Panaji: The Aam Aadmi Party Goa took a dig at CCP for taking action against encroachment of various vendors in CCP market Panaji. Valmiki Naik reckoned that the merchants have already incurred losses due to the lockdown and now CCP is adding more to their hardships. “CCP should return the goods confiscated from the merchants  within 24-48 hours else we will approach CCP office along with the merchants,” said Naik.
Cecille Rodriguez spoke against Uday Madkaikar’s son contesting CCP election “Family Raj must stop every politicians tries to promote their kith and kin, people need to be vigilant and nepotism needs to stop”, her statement came after Antonasio (Babush) Monseratte said that he is looking for new faces from CCP election and Uday Madkaikar’s son could be a viable candidate.