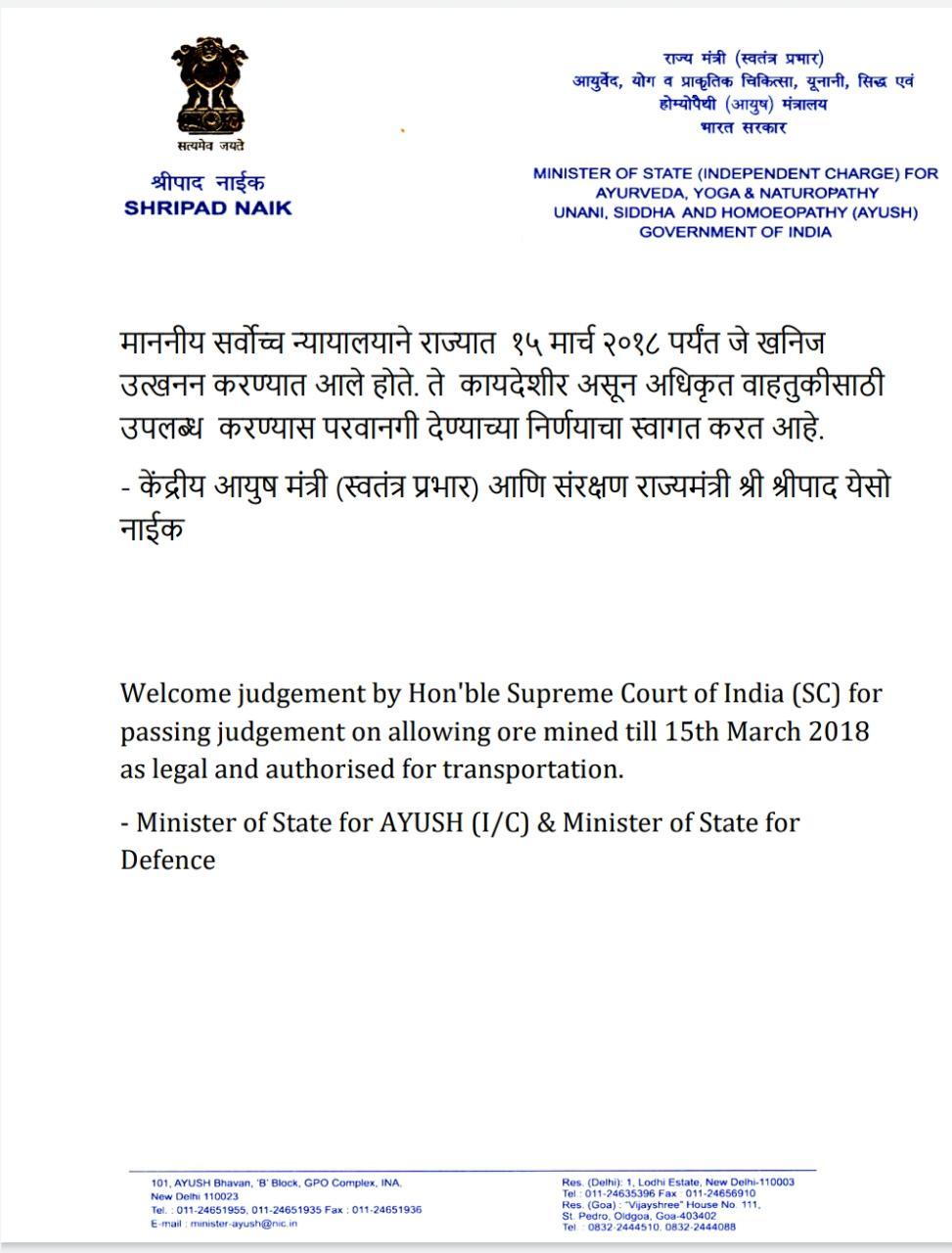 Panaji: In a major goof up, Union Minister of State for Defence Shripad Naik on Thursday issued statement on his official letter-head, welcoming the Supreme Court judgment which was never delivered.

The Union Minister, who is also Member of Parliament from North Goa constituency, issued a statement welcoming Supreme Court’s decision  with regards to Iron Ore mines in the State.

“Welcome judgment by Hon’ble Supreme Court of India (SC) for passing judgement on allowing ore mined till 15th March 2018 as legal and authorized for transportation,” Naik said in the statement which was issued on his letter-head on Thursday.

Immediately after union minister’s statement, Chief Minister Pramod Sawant issued a statement claiming that the Supreme Court has reserved its judgment on transportation of ore extracted prior to mining ban.

“Supreme Court on 16th January 2020 has reserved its judgment on transportation of ore extracted prior to mining ban and lying inside as well as outside leased areas. Arguments have been concluded today. If permitted by the Supreme court, it will be temporary relief to mining affected areas. The judgment is awaited which is likely to be passed soon,” he said.

More than two lakh people are dependent on the mining industry in Goa, which also provides revenue to the tune of Rs 1,200 crore annual to the state exchequer.