Russian National arrested for possession of ganja by Pernem Police 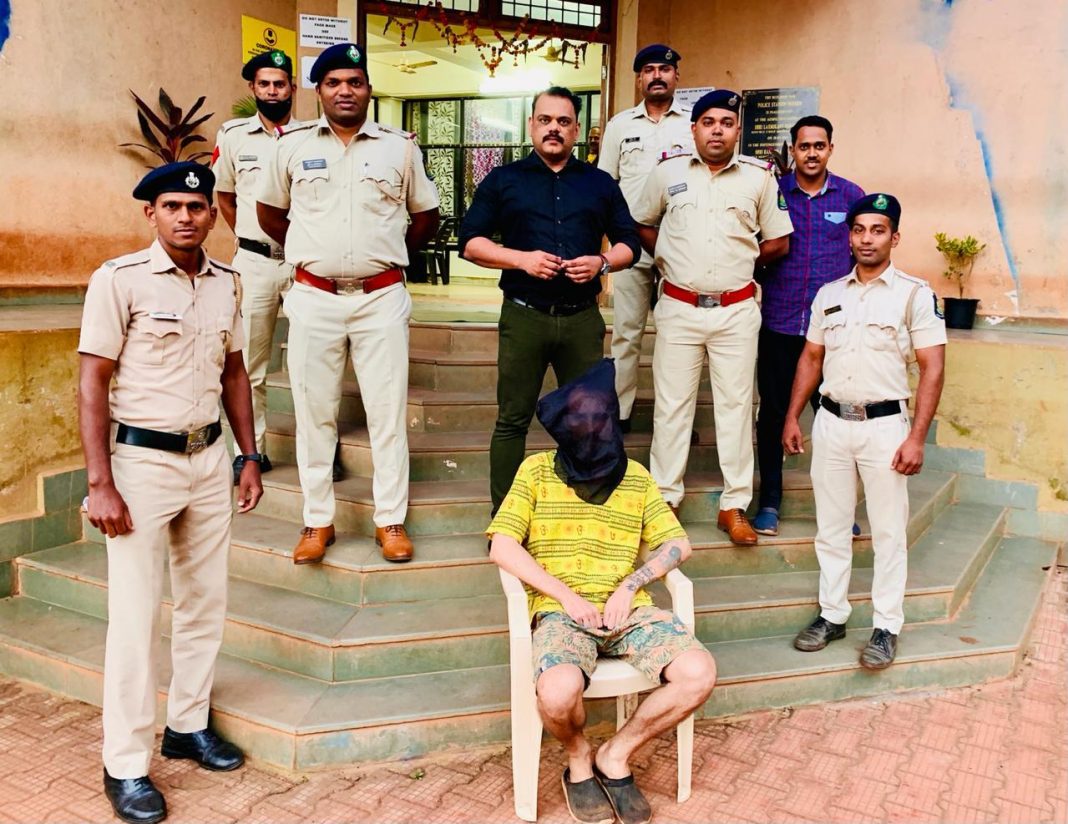 Pernem Police have arrested one Russian National for possession of narcotics drugs ganja on 10/11/2020.

Finally it was confirmed that the Russian National is carrying some drugs today in 10/11/2020.

Accordingly at 03:15 pm a raid was conducted by the team of Pernem Police Station at Madhalawada, Harambol, Pernem Goa and the Russain National was caught red handed while in possession of drugs ganja worth Rs. 10,000/-.

An offence under section 20(b)(ii)(A) of NDPS Act has been registered and accused person has been placed under arrest.