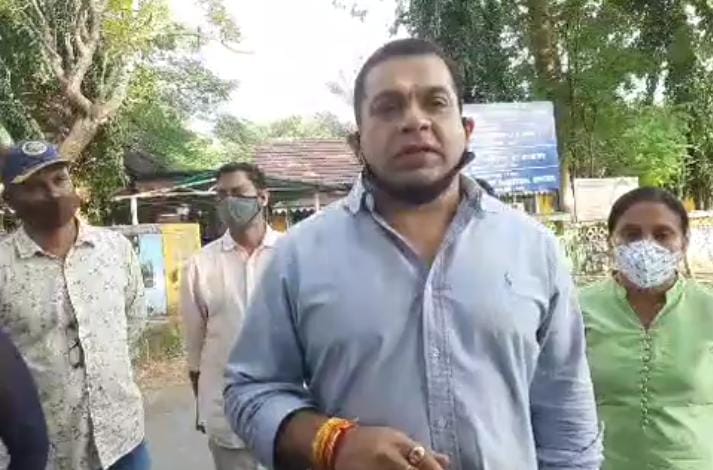 Khaunte’s meeting comes days after local residents complained that there were entries of fake voters in the ward represented by wife of BJP ZP candidate Kartik Kundaikar.

The Porvorim MLA, talking to reporters after meeting the CEO, said that the state government machinery has been grossly misused to enroll fake voters, which amounts to violating the spirit of democracy.

He said that the online process has been misused to get the voters enroll by adopting a modus operandi of opening Bank Account with fake residential address, and then using it for preparing election cards.

Khaunte said that there is no verification process followed by the concerned authorities under pressure from the BJP, and also when objections are being raised, they are not considered, blatantly violating the Election Commission of India’s norms.

He said that the political interference in the fake voters was evident when Mamlatdar did not respond to the complaint filed by locals , last week.

Khaunte said that in the fake voters were brought to light when new electoral roll for ZP election was publicized. He said that there is more than 100 names are in the ward of Kundaikar, who does not reside there but show up only during the election.

The MLA said that this is a bad precedent for democratic rights of the citizens and future course of action would be decided after getting response from the CEO.

He said that all the opposition MLAs should verify their voters’ list because there is possibility of similar fake voters being included in their list, who would be used during the election process.

“There is enough proof and evidence is collected before making representation before the CEO. There are some locals who are not even aware that such voters exists or are living in their premises,” he added.